Then, Again: All Your Blowouts Are Belong To Us

Share All sharing options for: Then, Again: All Your Blowouts Are Belong To Us

Your weekly look at Penn State opponents, past and present. In December, who will you blame for destroying Penn State's strength of schedule?  It's Nick Sheridan, isn't it?

Before we begin, has there ever been a more lopsided week in the Big Ten? The average game was decided by 30.6 points and the closest games were 22-point victories (Northwestern over Purdue and Iowa over Sheboygan Vo-Tech). Penn State won by 29, and still didn't crack the top two for Big Ten blowouts. D'Yikes. 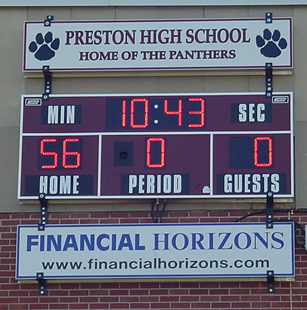 Okay, on with it.

Coastal Carolina (4-4, #174 Sagarin rating) -- An expected victory for the Chanticleers, as they defeated North Carolina Central (seriously.), 35-10.  They host Stony Brook next Saturday.  The Stony Brook Seawolves.  Sounds like an American Hockey League mascot, like the Albany River Rats.

Oregon State (4-3, #18)  -- Beat Washington 34-13 and actually slipped a spot in Sagarin's rankings.  Things get competitive again for the Beavers after their sweep of the Washington schools.  They take on Arizona State in two weeks.

Syracuse (1-6, #120) -- Somehow, I wish Coastal Carolina could catch Syracuse in the rankings.  Anyway, the Orange were smooshed by South Florida, 45-13.  There's not much hope left for Syracuse at this point, but they'll have two weeks to put a plan together and sneak up on Louisville.

Illinois (4-3, #42) -- Just absolutely put it on Indiana, 55-13.  Zook went with youth at running back, starting true freshman Jason Ford.  He ran for 172 yards and three touchdowns.  Indiana played without Kellen Lewis.  Juice Williams was 16-for-22.  You see where this is going.  Illinois is at the Team Formery Known As Wisconsin on Saturday.

Purdue (2-5, #65) -- In the backhanded compliment of all backhanded compliments, Purdue hung around with Northwestern for a while before succumbing to superior talent, 48-26.  Actually, Northwestern looked pretty damned good on Saturday, forcing five Purdue turnovers and practically scoring at will.  Purdue hosts resurgent Minnesota on Saturday.  Can the Gophers really be 7-1 by Sunday morning?  Doesn't this qualify Tim Brewster for Coach Of The Millenium?

Wisconsin (3-4, #58) -- And then there's Wisconsin.  Are they really this bad?  Not to take away from Iowa's steady response to its three consecutive losses earlier this season, but it's so hard to believe how utterly lifeless Wisconsin is on the field.  Could they have tackled Shonn Greene on Saturday?  Maybe, but they sure didn't want to.  Now it's time to take a serious look at Wisky's bowl eligibility.  They still have games against Indiana and Cal Poly (Cal Poly at Wisconsin on November 22?  Really?), but the rest of their schedule is hosting Illinois and Minnesota, along with a trip to Michigan State.  Just sayin'.

Michigan (2-5, #88) -- Totally had their way over the first 20 minutes at Penn State.  Then, PSU made a defensive substitution, things got a little more difficult for an already-injured Steven Threet, and the game totally fell apart in the second half.  Honestly, it was a good flash of potential for Michigan, but once Penn State scored before halftime to only trail by three points, most Nittany Lions fans began to relax.  A little.  Michigan hosts wounded Michigan State next week in Ann Arbor.  Could they benefit from Sparty's traditional mid-October bed-wetting?

Ohio State (7-1, #9) -- Destroyed Sparty 45-7 in East Lansing, with the help of some sweet Yackety Sax antics by Michigan State in the fourth quarter.  Ohio State only threw the ball eleven times.  Both teams fumbled three times -- Ohio State didn't lose any, Sparty lost 'em all.  A reference point for Penn State fans would be PSU @ Notre Dame in 2006 -- a game that just got out of hand in multiple ways.

Iowa (5-3, #26) -- I'm still torn on this Iowa team.  They lost consecutive games to Pitt, Northwestern, and Michigan State, and their season looked lost.  Now they have back-to-back wins, but they may be against the Big Ten's two worst teams, Indiana and Wisconsin.  So who the hell are these guys?  We know Shonn Greene is great, and their defense is pretty good.  Enough to beat bad teams, for sure.  We'll see how they fare at Illinois next week.

Indiana (2-5, #97) -- They still have a pair of reasonably winnable games left on the schedule (Central Michigan and Purdue), but that'll only be enough to get them to 4-8 / 1-7.  Commence the basketball season references.

Michigan State (6-2, #17) -- Welcome to the crossroads, Sparty.  Pull it together against Michigan and things may yet work out well.  Lose and it'll get ugly.  It's a relatively soft landing for Sparty, compared to previous Octobers -- at Michigan, Wisconsin, Purdue.  Then there's the season-ending road trip to Penn State.