Share All sharing options for: Grading The Defense: Ohio State 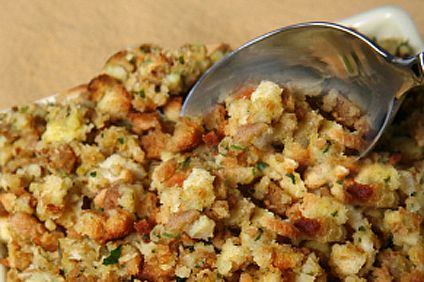 It's been well-documented already, but the amount of holding by Ohio State's offensive line was beyond comical. Aaron Maybin was held practically all night, and the interior linemen didn't fare much better. We're talking blatant stuff here -- grabbing fistfuls of jerseys and whipping defensive linemen to the ground. It was happening in the very plain view of multiple officials, and guess what? Not one holding flag against Ohio State all night. Sometimes, it truly does feel like 11 vs. 18 on the field in this conference.

And then there's this picture.

Okay, one last example as long as we're on the subject. On Pryor's first scramble, no less than three Penn State defensive linemen (Odrick, Okoli, and Evans) were clearly held. The good news? If holding is such a widespread problem throughout a game, at least defensive line is raising hell. The PSU defensive line was in the right place virtually all night. Beanie Wells ate spoonful after heaping spoonful of stuffing. Pryor made a few plays with his feet but didn't change the game in any meaningful way. Maybin and Odrick were the stars of this unit.

Josh Hull and Tyrell Sales got the starts, and both played rather well. Hull was getting a little more downhill than in previous efforts, and was more than eager to take on Beanie Wells. Still, he keeps getting stoned on blitzes. The defense may as well play with ten players instead of forcing Hull to awkwardly dance with a random offensive lineman.

Sales made two especially great plays. The first was sniffing out a screen pass to Robiskie and making a great open field tackle. The second was throwing Beanie Wells to the ground after Mark Rubin knocked the ball away from Terrelle Pryor. Oh, and then he poked the ball toward his teammates.

Navorro Bowman, as always, was everywhere. In the backfield taking down Wells, deflecting passes. Truly awesome. Now, imagine him and Sean Lee on the field together next year.

They all played pretty well, but let's face it. This is about Mark Rubin, who was tough from the very beginning. He fought off a block on the first screen pass and stuck his nose between Beanie's numbers. Then made the next tackle. After a while, you expected Mark Rubin to always be the last guy in the dogpile to be peeled off Beanie Wells. Rubin was occasionally lost in pass coverage, but against such a run-heavy, one-dimensional offense, he was outstanding.

Stop Beanie Wells and let the chips fall where they may. Not the most complicated gameplan you'll ever see, but it didn't have to be exotic. Just effective. 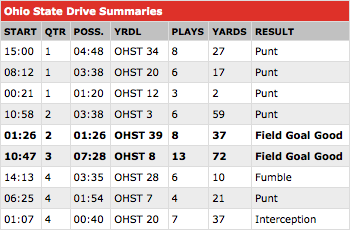