Share All sharing options for: It Would Not Have Been An Important Moment Without A Camera-Phone Picture [Thoughts From Visiting The Shoe] 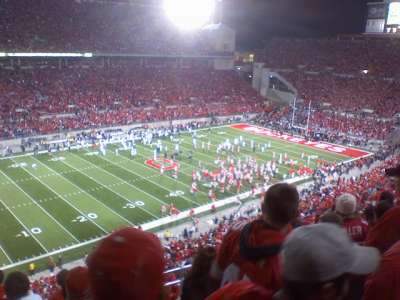 Why I took this picture I have no idea. I never remember or care to use the crappy camera on my phone and I probably won’t ever look at this shot again. Hooray technological progress, I guess.

Some thoughts from a visit to Columbus, in no particular order…

If you also attended the game, tell us your opinion of the trip in the comments.