Vegas Knows Best: Who You Are Rooting For This Week

Share All sharing options for: Vegas Knows Best: Who You Are Rooting For This Week 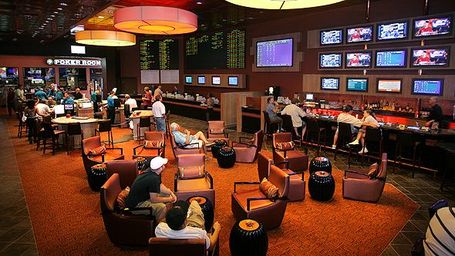 While I normally am not one for bye weeks, I have to say that for the first time since I can remember I'm rather looking forward to this one.  Maybe it was the high strung nature of Saturday's game, or maybe I just like knowing that nothing bad can happen.  This doesn't mean, however, that we can't get worked up about something this weekend.Now that Penn State's #3 ranking has been solidified, we need to figure out how to remedy the problem of not being in the top two.  So in this week's episode we'll look at what conference teams we want to win, and the chances of them doing it.  Playing ranked teams down the road will help Penn State's perception in the human polls, and make sure to check out In Defense Of Statistics (One and Two), written by the excellent reader Bleed Blue 'n White, for an understanding of how this might help the team's status in the computers.

Within the conference, there are three general goals:

After the jump we'll look at the match-ups, then point out in the 'Verdict' the colors we would be wearing to that game:

Central Michigan at IndianaLine: Indiana -2.5This one is an easy pick, even if it might not be an easy win.  Indiana was looking rather terrible, with five straight losses, before somehow knocking off a ranked Northwestern.  Central Michigan, on the other hand, is actually pretty good.  If these are two BCS teams I have to think it's a pick.Verdict: Cream and CrimsonChances Of Success: Average at best.Wisconsin at (21) Michigan StateLine: Michigan State -4.5I'm still not really sure what happened to Wisconsin.  I knew they probably weren't as good as advertised over the summer, new QB, average defense, ect...but I didn't expect them to fall off the map quite like they did.  They had a win over Illinois last week, but without knowing which Illinois team that was it's hard to tell if this was a good performance or simply a typical one.  What's also unfortunate is that, after Ohio State stole all the glory with their last minute drive in Madison, the Penn State blowout was dismissed as a win against a team that had "mailed it in".  These are the logic trains we are trying to conduct.  I think the pick is pretty clear here, Michigan State needs to continue to win and Penn State would love it if they could come to Happy Valley in the Top 15.Verdict: Green and WhiteChances Of Success: Optimistically probable.

Northwestern at Minnesota(17)Line: Minnesota -7So there is this game on Saturday between the fourth and fifth place Big Ten teams...and those teams are Minnesota and Northwestern...weird.  This is the one situation in which Rule One doesn't apply, so don't worry about that.  They are both "good", although maybe not, and they are, of course, not Iowa or Michigan State.  From here we have to look at the transient property.  By this I mean we want the quality teams we beat to look good, and they look better if the teams they beat remain highly regarded.  In this instance I think we have to root for Minnesota.  Ohio State could use a win against a ranked team, even if it is the Gophers.Verdict: Maroon and GoldChances Of Success: Good to quite good.
Michigan at PurdueLine: Purdue -2
This game simply doesn't matter.  I mean not in the slightest.  Both of these teams were major disappointments, although for different reasons and accomplished different ways.  Michigan has been simply inept.  They weren't suppose suck quite so bad because they had a defense; well the defense turned out to be sub-par and the offense has been downright embarrassing (and a turnover machine to boot!).  Purdue got to 2-6 the other way, but playing the defense we all knew they couldn't but then having a Heisman hopeful quarterback play like a rookie.  I'd be lying if I said we should care about this game.Verdict: Belligerence and DebaucheryChances Of Success: Money in the bank.
Iowa at IllinoisLine: Illinois -2.5
Iowa won this game last year at home by shutting down Mendenhall and intercepting an Eddie McGee pass with about one minute left to seal the deal.  This year's total is set at 50, quite a bit higher than last year's results and the second highest of the Big Ten games being played this week (only Central Michigan at Indiana is higher, set at 55.5).  With Iowa now using Greene as the offensive driver, and Illinois ranked 9th in the Big Ten in rush defense (76th nationally), you can count on him getting the ball a couple of times.  The tricky part is figuring out which Juice Williams is going to show up.  Iowa has Penn State after this one, and while a win doesn't get the Hawkeyes ranked, it does lend to the idea that they are "surging" (whatever that means) and defenetally helps the computer SOS.
Verdict: Black and Old Gold
Chances Of Success: Possible to hopeful.