15% Of The Time, You Get Into The Championship Game Every Time

Share All sharing options for: 15% Of The Time, You Get Into The Championship Game Every Time 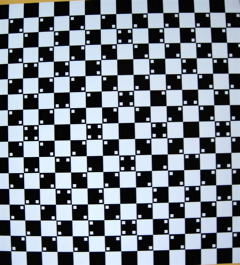 In the future, sports journalism will look like this.

You see, it's all mind games.  It's throwing around numbers and pretending to make a point and then not making the point and then conditioning what could be perceived as a knock on an entire league and then ragging on a coach as a convenient punch line.

The most tried and true formula for reaching the BCS championship game is as follows:

Let's do a quick history lesson.

So the point isn't that the Big Ten has an easy path.  You just don't like the way OSU has performed in three games over the last three years.  Why this has anything to do with I don't know.

There is no logic to the illogical way college football crowns its champions, though. So this is what you get – a nation of fans already howling that is running an end around on the system.

Well, why wouldn’t it? And why should the Nittany Lions feel bad about it?

Let's talk about this apparent offensive play call that PSU is running "on the system".   scheduled two BCS teams out of four OOC.  Cuse is terrible but that game was scheduled years ago.  It wasn't a designed "end around".  was a last minute attempt at making the schedule much tougher.  After the status of the Cuse game became apparent, did the opposite of what you are suggesting: they tried to make the schedule more difficult than it was.  And guess what, it worked.  beat everyone's favorite USC team.

Oh, but I'm sure you have an illogical excuse as to why that happened.

Forget about scheduling only major opponents in the nonconference the way Southern California does....It just increases the likelihood of being worn out and having a silly lapse in league play.

Guess what: great teams do not have silly lapses, that's what makes them great.  They win games against inferier opponents and they do it comfortably.

Besides, was USC's OOC really that impressive?  They beat up on bad team (who later lost 31-3 to Duke), get average Notre Dame at home (who has losses to MSU and UNC), and then, and here is where it comes full circle, have just one signature win against the Buckeyes.  That's hardly the gauntlet and considering the next highest ranked Pac10 team is #24 , their full schedule isn't actually that difficult.

This next paragraph is so bad I have to take it line by line:

Don’t even consider a conference championship game that might result in a loss for a contender.

It keeps shooting the Big 12 in the foot, doesn’t it?

Why play 13 games when the pollsters don’t punish you for playing only 12?

There are a lot of misleading statements in this story, but this is probably the worst on:

How difficult is it to win the modern Big Ten? Well, Minnesota still has a shot at the conference title by winding up 11-1. Last season, the Gophers were 1-11. Nice story, but any league where you can go from 1-11 to 11-1 in a single season is under serious suspicion. It just is.

First of all, isn't 11-1, they are 7-1.  They will probably lose two games, maybe three, and that's without having to play two of the best three teams in the league.  Even if they win out, they won't 'win' anything.  Yes, they got lucky by missing and , but no one is actually considering them for the MNC, or really even a BCS bid.  Bringing up is a pointless argument and I don't understand what it has to do with why can't play for the crystal.

And just when I think he's going somewhere with this thing:

Paterno shouldn’t apologize for how the season has played out.

Agreed and don't worry, he's not.