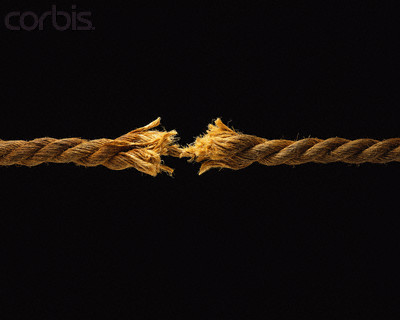 Great news: even though I'm moving on, Vegas hasn't given up on Penn State yet.  With the dread (or more specifically: whatever the opposite of euphoria is) just now leaving my system, I decided I would see what the world thinks a one point loss for an otherwise undefeated team means as far as the chances of said team winning a BCS Championship.  This, of course, isn't about how good Penn State is, but rather a gauge of how good a team everyone else thinks Penn State is.  You can't win a damn thing unless these guys say so.

Before we get to Penn State, teams from the SEC and Big XII are sporting some interesting numbers.  (The odds are in traditional whole-number form, I've included the ratio to one in in parentheses.)

So despite being a clear number one in every poll, Alabama is actually a significantly longer shot to win the thing than Florida (relatively speaking, of course).

The neutralizer is the fact that both are on course to meet in the SEC championship game, and Florida has to be considered the favorite because of the way they are playing.  Bama can't win it if they never even get to go to Miami.

This one is more fun if only because someone is probably going to get screwed and we'll get to hear them whine about it.  The big moment comes the Saturday after next, a day in which Texas Tech attempts to get over it's biggest hurdle in Oklahoma on the road. Winning this game means they are a lock for their conference championship game, however Tech hasn't played a tough road game yet and it's going to be interesting to see how they respond. Based on the odds above, I suspect Oklahoma will be a larger than expected favorite when the line comes out. If the Sooners do win the home game, that sends to Big XII into a type of tie-breaking tailspin in which the representative for the Big XII championship game is decided by highest BCS rank.  This is where Tech really gets screwed for losing late, and leads to an interesting discussion about Oklahoma and Texas. The Longhorns are currently ranked higher, but if Oklahoma dominates the Tech game the momentum will play a huge part in the minds of the fickle and short sighted voters.  This is all fun for you, by the way, because as long as your team is removed from the discussion, (in the words of Dr. Saturday) "Rooting interest: chaos. Always chaos".

There is some discussion at Burnt Orange Nation about the BCS selecting two Big XII teams for the MNC if Florida could somehow lose to, say, Florida State, but then beat Alabama in the SEC championship game.  This is incredibly unlikely (both the Florida results and the Big XII benefit).  The voters will be very resistant to allowing not only a rematch but one in which the SEC they've been pumping for so long is left out.  I think Alabama still has a shot despite losing their conference (a la Oklahoma 2003) and besides, the song girls are sitting right there at 9-1.

Speaking of one loss teams not playing in the Big XII or SEC:

Um, ouch. I expected more disagreement this week in the polls about the #6 spot. I thought the Oregon State game would give Penn State the edge, especially because the Ohio State comparison isn't really a valid one when you consider USC played at home against their backup quarterback and backup running back.  I was not surprised in the least, though, and with both teams finishing with games against non-elite competition, Penn State doesn't really stand a chance of jumping USC on wins alone, they need a loss from the Trojans against either Stanford (Sagarin #57), Notre Dame (#53) or UCLA (#93).  Not likly and reflected as such in the odds.

So I know this has been explored in some of the fanposts and comments, but for those of you still hoping for a BCS MNC bid make sure to understand the long list of long shot things that all need to happen in order to get Penn State in the game. Then they would have to, you know, win it.  In fact, at 50:1, Penn State is probably a pretty bad bet.