"The Only Retirement I'm Looking Forward To Is Yours."

Share All sharing options for: "The Only Retirement I'm Looking Forward To Is Yours."

That was the quote Joe Paterno dropped on Harrisburg Patriot-News columnist David Jones a few years ago at a press conference, so perhaps it's only fitting that Jones has a new column debunking the current (and annual, for that matter) Joe Paterno retirement rumors:

Paterno is about to have total hip-replacement surgery. It's a procedure that's been done for decades and has a high rate of success, even in octogenarians. That should take some stress off his right knee which has been hurting him like crazy all season.

If it works, trust me, a largely pain-free Paterno is not quitting. The best guess here is, provided reasonable success by his team to supply him the necessary clout to continue, he will coach through 2009 and probably through 2010, as well -- then hang it up.

That's right, Jones is conditionally predicting two more years of Paterno. If that's true, we can play this "will he or won't he?" game a while longer. The rumors flying around are rather silly and speculative. There are eight million former players returning to campus! Sue Paterno reserved every luxury suite for friends and family! If Joe's on the sideline, we'll know it's his last game!

Still, for whatever reason, I can't escape the notion that Saturday will be Paterno's last home game at Penn State. No hard information here, just a hunch. 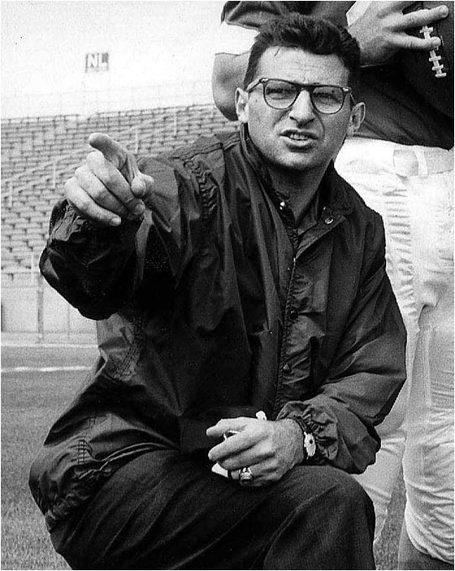