This is siren worthy 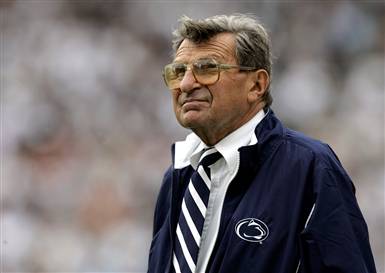 You read that right. Paterno, who turns 82 years old this month, is about to sign a three year contract extension to coach through the 2011 season. So says Fight on State.

FightOnState.com has learned from several university sources that Paterno and Penn State have agreed in principle to a multi-year contract extension that will keep him at the helm of the Nittany Lion football program for at least three more seasons. The sources spoke on the condition of anonymity.

The deal is expected to be signed and announced by the end of the week.