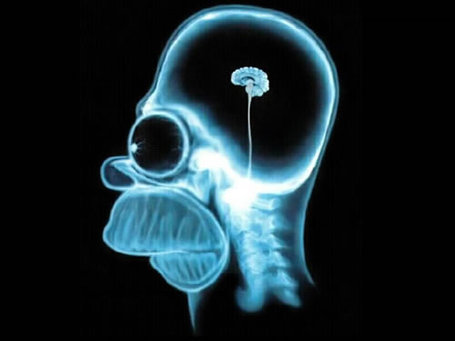 Last season, after Penn State's soul-crushing defeat at Iowa but with a Rose Bowl berth still very much ripe for the picking, the Nittany Lions returned home for a game against Indiana.  The Hoosiers were going through one of their typically awful football campaigns, and entered a swampy Beaver Stadium with a 3-7 (1-5) record.

The game was ugly, and not in a good way for Penn State.  PSU's offensive possessions in the first quarter: punt, pooch punt, Clark fumble on the Indiana 2 yard line.  After a long Derrick Williams touchdown catch, Penn State missed a long field goal, punted, and converted a short field goal after Nathan Stupar blocked a Hoosier punt.  Daryll Clark looked simultaneously lost and rattled.  Halftime score, 10-7, PSU.  If not for a big play and the abject incompetence of the visiting team, Penn State would have trailed.  Against practically any other conference team, they would've trailed by a substantial margin.

Again, we're talking about a home game against a monumentally awful team with the Rose Bowl on the line.  Penn State somewhat pulled it together in the second half for a 34-7 win.  Indiana would go on to lose by 52 points at Purdue in the season finale.

What does this mean for the upcoming Illinois game?

Well, there are similarities in spades.  Illinois is on a terrible run right now -- simply rock bottom after being blown out by Missouri in the season opener and flatly embarrassed at Ohio State last weekend.  Turnovers, penalties, questionable leadership.  They're a mess, and maybe it's silly to expect Illinois to come out blazing, although they are thoroughly backed into a corner and this is their first home game against a real team.  If Illinois is going to give any game their full effort this season -- again, not a given considering the characters involved -- it's likely to be Saturday afternoon at Memorial Stadium against Penn State.  And the weather could be sketchy again.

In the wake of his meltdown against Iowa, Daryll Clark found solace in a rather odd place:

When Daryll Clark went through his text messages late Saturday night after Penn State's loss to Iowa, one jumped out at him.

"He said, 'Call me when everything calms down, because I'm feeling how you're feeling right now,'" Clark recalled.

Williams had endured his own bout with adversity earlier in the day, as Illinois got shut out 30-0 at Ohio State. The two senior quarterbacks combined for one touchdown and five interceptions in their respective losses.

"That was really, really helpful," Clark said. "After the football game, a lot of things are in your head, like, what did you do wrong? Why'd this happen? Why did you throw it here? Why did you throw it there? He contacted me and let me know to keep my head up because he's been in situations like that before. He's been in tough losses like that before.

It's actually a rather heartwarming story, but doesn't do much for my confidence.  As if that matters.

Things to look for, other than Clark's general mental state and crispness?  Penn State's linebackers and defensive ends are going to be tested by Illinois' running game.  The DE's were rather silent against Iowa, and will have to be even more disciplined against Illinois.  The linebackers, believe it or not, are a bigger concern.  Sean Lee still won't be back, which leaves Navorro Bowman to pick up the slack for his group.  Josh Hull has played better this season, but he really struggled against Illinois last season.  Bani Gbadyu really needs to step up.  He gets where he's going in a hurry, there's no doubt about that, but seems to have little idea where to run and what to do when he gets there.

There are two things that will keep Illinois in the game -- PSU turnovers and missed tackles.  Should be interesting to see if the team can keep their discipline and poise in their first road game.