Icers Start Up the ESCHL Schedule

Share All sharing options for: Icers Start Up the ESCHL Schedule

The first two weekends of hockey could be best described as a small roller-coaster. After being gifted a win in the first game of the season, the team turned it around and completely destroyed Towson the next day. The Icers then found themselves on the road at rival Ohio University. Both games saw tough, high energy action, and both teams would leave the weekend with a win. And to be fair, it's very impressive to go into OU with all the new and somewhat inexperienced players and leave with a weekend split.

The past two weekends of hockey have had a similar flow. Penn State was at home on Friday night, then was on the road on Saturday. And both weekends were the first games against ACHA foes within the ESCHL. First up was the newest member, West Chester, who was coming off of back-to-back losses to Arizona State and Oklahoma. The next weekend was a weekend set against Drexel - one of the lesser teams in the ACHA.

October 16, vs WCU, 7-1 W: Missing Dan Loucks and George Saad due to fights from late in the Saturday game at Ohio, the Icers looked to keep things rolling and keep West Chester on their losing streak. The Icers would strike first, using two early power plays to take a 2-0 lead in the first 8 minutes. (Goals by Dominic Morrone and Taylor Cera.) Ryan Paradis would cap off a dominant first period with a goal of his own, going up 3-0 after one period. The second period would be more of the same, with Tim O'Brien and Chris Cerutti finding the net, and giving the Icers a 5-0 lead after 2 periods. The 3rd period saw no comeback attempt by WCU. Chris Pronchik and Erik Steinour would sandwich the lone WCU goal (scored on the power play), giving the Icers a solid 7-1 win. Teddy Hume continued to play well, stopping 26 of 27 shots. And the production from the returning players - Cera, Paradis, Timmy OB, Cerutti, Pronchik - will be necessary to sustain the winning ways.

October 17, @ WCU, 4-3 L (SO - 3-2): Traveling to the Ice Line in West Chester hasn't been kind to the Icers in recent years. Somewhere between the loss in the championship game in 2006, and the spotty losses to WCU, the superstitions have started to grow. And an early WCU goal would not help, as the Rams would jump out to an early 1-0 lead. Much of the first period was marked by sloppy play, with the Icers applying more pressure as the period progressed. The pressure continued into the second period, but the Icers could not capitalize. While the Rams' goalie stood on his head, WCU's offense was able to sneak another past Teddy Hume - perhaps one that should have been blown dead. The Icers' would get one back late in the 2nd period, with some good tic-tac-toe passing between Marrone and O'Brien, with Marrone getting the goal. The score would remain 2-1 in favor of WCU heading into the 3rd period. Timmy O'Brien would then put in his own goal, this one to tie the game at 2-2 early in the 3rd period. Then came the posturing part of the third period - some chances for each side, but more just trying to get into position to score the final goal. And then with just under 5 minutes left, Ryan Paradis puts the Icers up 3-2. Of course, just seconds later, a mental and defensive lapse gives the Rams another goal to tie it back up at 3-3. And for the 3rd straight weekend, an extra period was needed.

The OT saw some good chances for both teams. Penn State sustained more pressure, but some mental collapses gave West Chester a couple of good chances late in the OT period. But neither team could get the game winner in the OT period, so a 5-man shoot-out would have to decide this game. To summarize:

So, the Icers would fall short, and once again the Ice Line in West Chester sneaks up and bites the Icers again (and I guess the WCU players helped too). But the team would have to refocus and prepare for Drexel the next weekend.

October 23, vs. Drexel, 6-3 W: Looking to rebound from the last Saturday's loss to West Chester, the Icers hosted the Drexel Dragons. The Icers showed all the energy early, but a Steve Thurston penalty halfway through the period allowed Drexel to get on the board first with a power play goal. But the Icers would not stay silent for long as Steve Thurston would make amends for his penalty by getting a power play goal of his own a few minutes later. The dominating efforts would start to show up in the 2nd period, and early at that. Timmy O'Brien would score just 26 seconds into the 2nd period. The Icers would get some breathing room when Joe Zitarelli put home his first goal as an Icer with under eight minutes left in the period. But Icer penalties would lead to Drexel power play goals two more times before the end of the 2nd to keep the game at a tie, 3-3. An early Drexel penalty in the 3rd period would give the Icers the opportunity to take the lead, and Steve Thurston would oblige, getting his second of the night and giving the Icers the 4-3 lead. Chris Cerutti would add 2 quick goals (7 seconds apart) halfway through the period to give the Icers the 6-3 advantage they would maintain for the win. This win also marked the 100th win for head coach Scott Balboni's as the head coach of the Icers. Gradulations Coach! 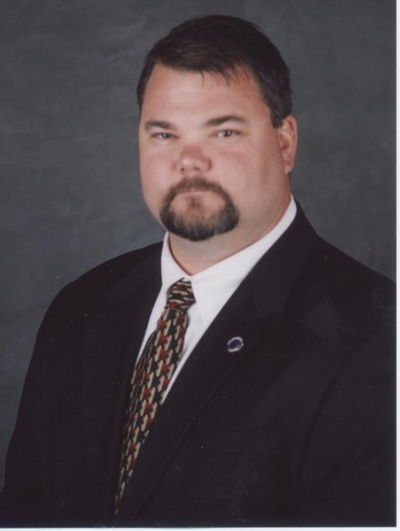 This is his "happy" face.

October 24, @ Drexel, 4-3 W: The Icers headed to The Class of 1923 Rink (yeah, they're creative types) in Philadelphia to cap the weekend set against Drexel. The first period saw back and forth action with Drexel getting an early lead, and Tim O'Brien tying it up on the power play late in the period. Another Drexel game, another 1-1 tie after the first period. The second period continued the deja vu, as Drexel would get on the board early in the period. But the Icers would score twice, with goals by Mike Broccolo (his 1st as an Icer) and T. O'Brien, in 50 seconds to take a 3-2 lead halfway through the second period. The third period was heavily dominated by the Icers, but as it seems to go with this series anymore, the Dragons scored a game tying goal with just over a minute left to play. But just 14 seconds after the Dragons tied it up, Paul Daley finds the back of the net to give the Icers the 4-3 lead and the win.

Reflections and Ramblings: The team is getting better, but they're struggling with injuries. They've been playing without senior captain Matt Kirstein and lost energy-forward Taylor Cera early in the Friday night game against Drexel, so that's forced some change-ups in the line. Otherwise, it seems as though the guys are working well together. Eventually, they'll get enough time to gel together too. Goaltending has been decent, if shaky at times. Penn State slid to number 6 in the ACHA standings due to their losses to OU and WCU, and the surging play of Liberty and Ohio (Iowa State also slid ahead somehow).

As for the coming weekends, the Icers are home for a weekend set against West Virginia for Halloween weekend, followed by a weekend set at Navy. Neither opponent brings much to fear - WVU is ranked 25th with their 3-2-0 record, and Navy continues to struggle with any sort of opponent. While you never want to call anything a gimme, these weekends might be as close as it gets for the Icers.