It's Going To Be A Slow Race: Penn State In The Polls

Share All sharing options for: It's Going To Be A Slow Race: Penn State In The Polls 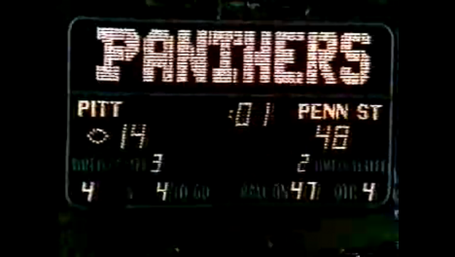 Penn State jumps Oklahoma State for the 11th spot in the Coaches' Poll this morning, and well: that's what you get when you sneak by three-win Colorado and you're resume isn't any better than Penn State's anyway.  Despite a lackluster win over Minnesota, Iowa jumped two spots and now sit 13th.

The irrelevant poll has Penn State at #12.

There's also some great stuff in the fanposts this morning.  Jesse nails the 2009 season in one line of text, and PSUdevon has a thorough wrap up the BCS situation as it sits now.

There is a suggestion that rooting for Oklahoma State to land in the Fiesta Bowl just might benefit Penn State.  I haven't actually seen any direct evidence to this, but the rumblings are that Iowa has the best chance of being picked as the second Big Ten team by the Fiesta Bowl.  If Oklahoma State is available, they may get a loyalty selection, leaving the Big Ten decision in the hands of the Orange Bowl.

Speaking of the Orange Bowl, there's this, from one of the orange blazers in East Lansing this weekend:

And what are the odds Penn State ends up in the Orange Bowl?

Put stock in that at your own risk.

The one thing you can do for sure: Hope Iowa's schedule weakens with losses from Arizona (@Arizona State and @USC remaining), and hope our schedule strengthens with an Illinois win over Cincinnati (Iowa didn't play the Zookers this year).

And the Pitt angle is an interesting one.  The argument against goes something like "no one outside of Pennsylvania cares about that game," but even if that's true, I don't think you could argue that it would be less interesting than a Pitt-Iowa game, especially considering it just happened last year.  Pitt winning the Big East just might help Penn State get a bid.  At the very least it can't hurt, although then you have to root for Pitt.