It takes a lot for me to defend Pitt but...this keeps with my theme of liking bowl games by the bushel, and wishing Bob Smizik would fully retire.

My stance on the soon-to-be-upon-us college football bowl season is this: The national championship game is worth watching; one or two of the BCS games might be intriguing; the remainder are meaningless 13th games that serve as programming for ESPN and little else

And what, exactly, is wrong with that? What else are they going to show? Poker? As much as I love college basketball, I prefer to wait for the 4-games-a-night blitz until after the new year. And please, for the love of God, not the NBA.

Furthurmore, ESPN wouldn't show and add games if they weren't in demand. Look at their NHL coverage.

Where it once was an honor to be invited to the post-season, it’s now for almost everybody. Winning records no longer are required. The last time I checked, there were 34 bowl games, which means well more than half of the Division I teams participate. To show just how ludicrous that is, about 20 percent of the basketball programs participate in the NCAA tournament.

It was also an honor for Running Wolf to be the most skilled hunter in his villege back in the day... 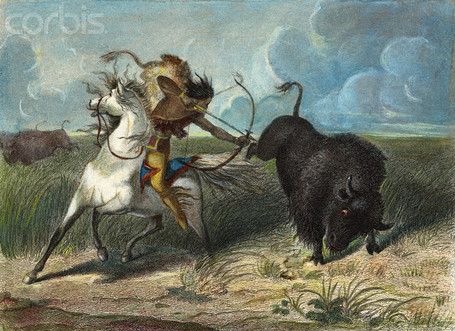 ...but eventually the Native Americans caught on: 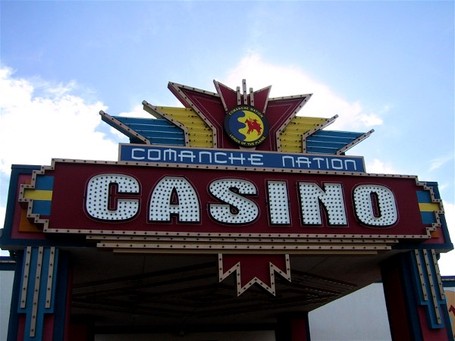 If more bowl games means more of the above coinage, then they're good for college football, and much more important than "honor." The money that comes out of them does far more good for far more student athletes than sitting around and talking about what an acheivement it is for one atletic team at a given school to make the post season.

For some reason, it seems Pittsburghers have a thing against people making money. They boycott Pirate games, they bitch about our eight home games, and they almost let the Penguins leave town because they were thought too greedy in asking for some money to replace the 40+ year old converted opera house they play in.

But if you're Smizik I guess it's your job (well really, at this point, more of a hobby) to prey on the misplaced jealousy of your audience to draw attention to the newspaper that forced you to retire because no one reads it. Actually come to think of it, maybe Smizik's jealous too.

What’s more, these games stand in the path of a playoff system that would be a far better way to determine a national champion.

Right. Like Jim Delany would let the St. Petersburg Bowl get in his way if he woke up tomorrow and wanted a playoff. Everyone knows the problem isn't at the bottom, but at the top with the Rose Bowl...except Bob Smizik. Good call there, Bozo.

I take it as sort of a badge of honor to watch none of the early bowl games but, of course, I will make an exception for Pitt, which plays North Carolina in the non-prestigious Meineke Car Care Bowl in Charlotte the day after Christmas. 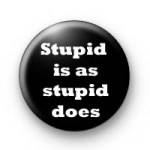 But anyway, the fact that you're making an exception to watch a "meaningless" bowl game is precisely the reason so many exist: people want to watch their teams. Maybe the other games don't mean anything to you, but if the one your team is involved in does, then you're just a hypocrite.

Whether Pitt finishes 9-4 or 10-3, its season ranks as crushingly disappointing. By losing the last two games, Pitt wiped out all the good it had done by winning nine of its first 10. The fact that early loss came against a weak opponent and that none of its wins were against strong teams is the reason I call the Pitt season so disappointing.

I have to defend Pitt now?

Winning 10 games isn't what is used to be with the expanded schedule, but Pitt hasn't done it in a very long time. Maybe USF and Rutgers aren't "strong" teams, but they've given Pitt fits over the last sevaral years, and they cleared a hurdle this year by, with the exception of NC State, handling "weak" teams that have taken it to them in the very recent past.

It's funny that a guy who follows a team that has been genuinely down for so many years can be so bitter toward a team that has moved up to "above average" from "suck." Pitt's improved. If it wins its bowl game, its skill players are young enough that they could take the next step soon. Have some hope for the future, chief.

From a Pitt standpoint, the game that most interests me is not Pitt-North Carolina but Florida-Cincinnati in the Sugar Bowl. The result of that game could go much further in determining the success of the Pitt season.

It could -- as opposed to should -- because that game has the makings of proving exactly why most post-season bowl games are meaningless.

For starters, there’s no telling what kind of attitude the Gators will bring to the game. Many of their key players are two-time national champions. They were expecting a third this season. To be relegated to playing Cincinnati might be something that doesn’t interest the Florida players. Urban Meyer is a master motivator and he’ll probably have his guys ready to play. But maybe even Meyer can’t get them ready following such a letdown.

There’s also a chance we won’t be seeing the same Cincinnati team. Coach Brian Kelly could well be gone to Notre Dame or still on the job but as a lame duck.

Maybe it's because it's very late, but I have trouble making sense of any of that. What does Cincinnatti-Florida have to do with Pitt an it's success this season? Is he implying that if Cincinnatti beats Florida, it makes Pitt's loss to them look better? And what do Brian Kelly and Florida's motivation have to do with what's wrong with the bowl system? You know what those 4 paragraphs remind me of?

Pitt coach Dave Wannstedt said following the loss to Cincinnati that his program is better off than it was five years ago. Well, five years ago Pitt was going to a BCS bowl game as co-champion of the Big East. This year it’s going to the Car Care Bowl as a runnerup.

I’m not sure that’s an improvement. Wannstedt will get a chance to put deeds behind his words next season. Anything his team does in its upcoming bowl game should be considered irrelevant.

Again, I can't believe I'm defending the 'stache, but this is ridiculous. Are you going to tell me that this Pitt team, if it wins its bowl game and finishes at 10-3, is less successful and "irrelevent" compared to an 8-4 team that backed it's way into the Fiesta Bowl only to get its doors blown off by a mid-major just because that bowl's name had "BCS" asoociated with it?

If there's anything wrong with the bowl system aside from the fact that it isn't a playoff system, it's the reverence those three letters are treated with. In my opinion, should Pitt win, it'll be the best Panther team of the decade, regardless of the fact that the Meineke Bowl isn't a BCS game.

And let's consider Iowa. Would their season have been any more or less successful if they'd been left out of the BCS and won the Capital One Bowl? I don't think so. Everyone knows that if Penn State had been picked, it'd have been for financial reasons, and not because they were better than Iowa.

In my opinion, the seasons leading up to the bowls are far more important in gauging the success of a team than whether they end in a BCS game or not at the end. Bowls are the ! or ... on the ends of seasons, regardless of when and where they're played.