Share All sharing options for: Nittany Lion of the Week - Max Holt 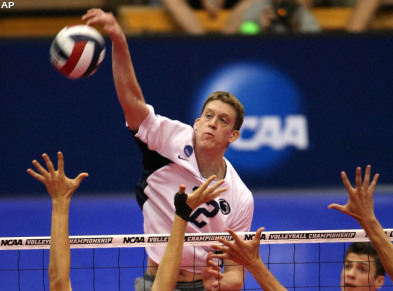 It's so much easier when you can jump three feet higher than your opponent.

Against the Crimson, Holt hit a perfect 12-for-12 equalling match and season highs in kills. He also added two aces and two blocks for 15.0 total points as Penn State quickly dispatched Harvard in a three game sweep.

Against the #14 ranked Ohio State Buckeyes, Holt pounded eight kills on ten swings with just one error for a 0.700 hit percentage. He also had one assist and three blocks to score 10.0 total points.

For his efforts, Holt was named the EIVA Player of the Week for the sixth time in his career.