The Possibility Of A Big Ten Hockey Conference

Share All sharing options for: The Possibility Of A Big Ten Hockey Conference 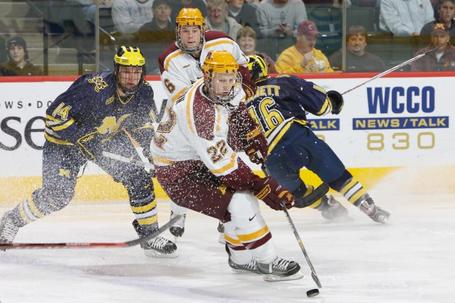 In light of yesterday's press release, I sent Brian a quick email asking his opinion of NCAA hockey expansion.

His response was thorough, interesting, and what you might call pessimistic. A taste:

Any program willing to take up the daunting task of starting an expensive sport and balancing the Title IX implications out would face a near-pointless life as an independent. Much cost, no benefit, no expansion.

He goes on from there; for those interested it is a very good read.