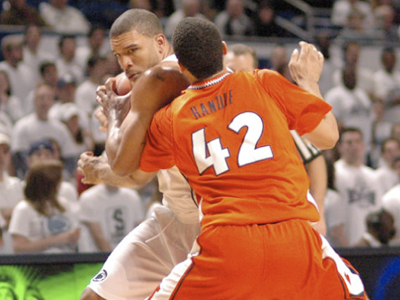 Penn State currently sits at 18 wins, and the conventional wisdom is that (substantially due to their abysmally weak non-con schedule) they'll need 22 or 23 wins to get a NCAA Tournament at-large bid. Given the remaining schedule, it's not going to be easy.

Indiana and @Iowa are must-wins. From there, it's Choose Your Own Adventure as to how the Lions will get those extra two or three victories. Whatever you do, please don't choose "free throw shooting contest."

You have died. Return to NIT immediately.

Yahoo Sports has your preview:

Penn State has never won three in a row on a Big Ten opponent’s home floor since joining the conference in 1993.

The Nittany Lions won both regular season games last season, before Illinois’ 64-63 victory in the Big Ten tournament. All three contests were decided by a combined six points.

And one more thing. 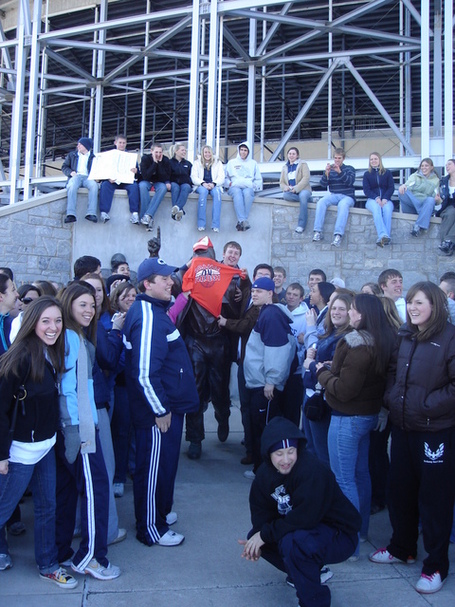 Super Happy Fun Time Open Thread starts, like, now. I'll be here throughout the night, and the remainder of the BSD triumvirate is sure to appear, as well. Let's do this.