Nitt Picks Has No Comeback

Share All sharing options for: Nitt Picks Has No Comeback 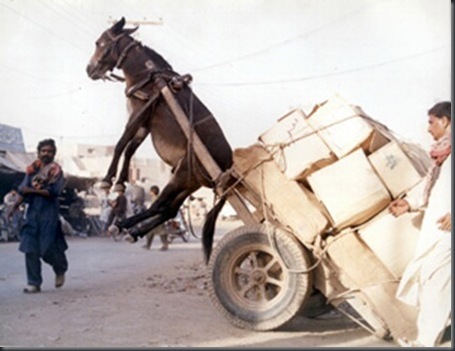 The facts are mounting.

SOS FAIL. Congratulations to Mike Hlas for being the first of literally thousands of beat writers who will eventually rank the 2009 Big Ten out of conference schedules (and yes, you know where this is going):

Playing two Mid-American Conference teams, an FCS squad and Syracuse, the Least of the Big East, is great for wins. It won’t work too well in those BCS computers, though.

Ranking the non-league schedules by toughness is difficult, because most are lousy. But here goes:

Now it would be easy here to pick apart his very brief comments but seeing as, twice, he uses "Syracuse on the road" as some type of positive indication of toughness, I'll save us both the trouble and just give a short list rules I wish were in place governing these off the cuff rankings of schedules:

Now that we got that out of the way, let's bring this back home: Penn State's 2009 out of conference schedule is completely, utterly and hopelessly indefensible.

The games add no value other than getting our third string cornerbacks playing time and will be a constant liability in the computers and via WWL talking heads.

We are just going to have to take our lumps on this one and hope the backlash is enough to encourage the AD to at least attempt to put together a worthwhile pre-season schedule in the future.

But Don't Hold Your Breath.  Just when you thought things might get better, they've gone and made it worse (H/T Rittenberg):

The Big Ten Conference is tweaking the tiebreaking procedure in football for determining the league's automatic representative to the Bowl Championship Series, Wisconsin Badgers athletic director Barry Alvarez told the Athletic Board on Friday.

The first tie-breaker has not changed and will remain head-to-head. But the conference has eliminated the next tie-breaker, that the team that played more games against Football Championship Subdivision teams (formerly Division I-AA) is eliminated.

Finally, the conference added a final tiebreaker that the highest-ranked team in the BCS standings will get the automatic berth, which is what the Big 12 used to break its three-team tie last fall -- much to the chagrin of Texas fans.

So to summarize, the tiebreakers will now go:

Great.  So now there are even more reasons to schedule total punching bags in non-conference play.  The penalty for playing a D1-aa school, one that could have come back to bite Penn State and Ohio State had MSU won the season finale, is no longer a deterrent against poor schedules.

In fact, they are actually encouraging it by jumping straight to overall record; a move that now rewards the team with the easiest schedule.  Why play USC or Alabama when it could cost you a Rose Bowl birth?  Plus think of all the extra ticket revenue from that home game!

I'm not going to even get into the use of the BCS standings as a tiebreaker because my head might explode.  Let's just hope it never comes to that.

How To Deal.  This is going to be misleading, teams lose players and the ones they keep often get better, but for discussions sake: Akron, Syracuse, Temple, Eastern Illinois finished 108, 104, 98, 200, respectively in Sagarin's database. It might be worth pointing out that Coastal Carolina finished 177 last year.

And there is this from EIU:

The Oct. 10 game at Penn State will match two of the longest tenured Division I head coaches against each other. Joe Paterno is the leader on that list serving at Penn State since 1966. Spoo has been on the EIU sidelines as the head man since 1987. The two are separated by Bob Ford (at Albany since 1973), Bobby Bowden (at Florida State since 1976), Andy Talley (at Villanova since 1985) and Frank Beamer (at Virginia Tech since 1987). This also marks the second straight season that EIU has faced the Big Ten’s representative from the Rose Bowl.

So at least we have storyline.

In scores of other games...check out Penn State's replica selection committee sheet...and B101 puts us back in the 'last four in'.