Share All sharing options for: As The Blogdome Turns: Big Ten Recruiting Review 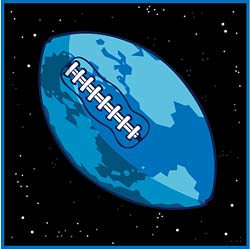 With the 2009 recruiting season more or less over, it's worth a quick look at how the team-specific blogdome reacted to their list of future players.

The Big Ten was top heavy as usual. Ohio State pulled what Scout calls the #1 class in the country (Rivals calls it #3).  After that it is up to the reader to decide how the order goes.  Michigan is the next Big Ten team on the list for Rivals, but Scout liked Penn State's class better. Either way it was a decent day for the top three name brands in the conference.  As for some internal reaction...