Nittany Lions Left in the Cold

Share All sharing options for: Nittany Lions Left in the Cold 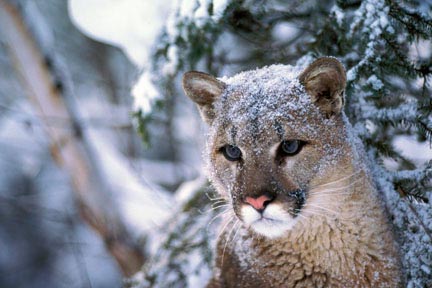 Pretty much sums it up

Twenty-two wins. A 10-8 record in the conference with the second highest RPI. Road wins over Michigan State and Illinois. Home wins over Illinois, Purdue, Michigan, and Minnesota. The blood, the sweat, the tears from decades of despair. It wasn't enough.

Though most of us saw this coming, it's still a bitter pill to swallow. Selection Sunday came and went, and Penn State finds itelf sitting out in the cold once again. You would think we would be used to this by now, but we've never been shut out like this before.

We could sit here and point fingers all night. Maybe if we had beaten Iowa at the end of the season. Maybe if we had beaten Temple or Rhode Island. Maybe if we had played better against Purdue. Maybe things would be different right now. But the simple fact is there's two people to blame for this. Ed DeChellis and Tim Curley are to blame for putting together our sorry out of conference schedule that didn't even give these terrific kids a chance to compete. New Jersey Institute of Technology is a joke, and right now nobody is laughing.

Let this be a valuable lesson to Curley and DeChellis. The NCAA selection committee will punish you for trying to get an easy ten wins out of your conference. Just playing in the Big Ten isn't good enough. Just participating in the Big Ten-ACC Challenge isn't good enough. You need to schedule decent competition in the regular season if you want to play the best in the post season. There's no excuse for a Big Ten team to play anyone with an RPI over 200. None. My God, we weren't even good enough to get a #1 seed in the NIT for goodness sakes.

It's going to mean giving up two or three home games. Deal with it. I still maintain it's better to pack the Jordan Center with 13,000 fans for one game against Pitt or Syracsue than to draw 4,000 in two home games against St. Francis and Bucknell. Trust me when I say the fans will come out to see their Nittany Lions play good competition.

Mostly, I feel bad for Jamelle Cornley and Stanley Pringle. This was the last chance those guys had to play in the NCAA tournament. They did their part and busted their butts and won a bunch of games leaving it all out on the court every single time. But the people in charge of making sure they have a competitive schedule capable of earning an NCAA tournament bid let them down. Sadly, next year we will certainly take a step backward as a program with Cornley and Pringle leaving. The Big Ten will be even stronger next year than it was this season. It may be 2011 until we get another shot at the tournament again. Hopefully DeChellis and Curley will have things figured out by then.

Now bring on the Patriots.