Share All sharing options for: The Late Late Thread

Clearly, our Associated Press friend who covers practically all things Penn State, Genaro C. Armas, has been hitting the sauce.  That's the only explanation for this jibberish:

"...The Nittany Lions, who shot 64 percent on the season from the line, went 27-of-31 (87 percent) to help them win consecutive postseason games for the first time since advancing to the NCAA regional semifinals in 2001." 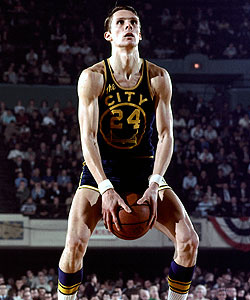 As for upsets, a pair of 10 seeds (Michigan and Maryland) were victorious.  Others fought valiantly, but fell short.  Cal State Northridge was downright owning Memphis at times and American had a healthy double digit lead on Villanova in Philly -- but no universe shattering upsets yet.