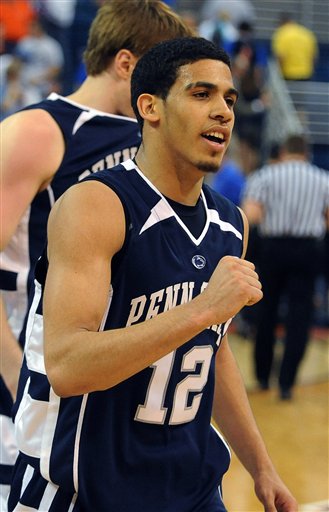 I love this team. How many times have we thought the game was lost or the season was over just to see them prove us wrong? How many miracles have we had this season? There were the road wins in East Lansing and Champagne. There was the frantic comeback in the final minutes against Iowa. Battle's last second shot against Illinois. His other last second shot against George Mason. Last night I thought we would play well, but probably come out with a five or ten point loss. And I would have been happy with that because it has still been an amazing season in this renaissance period of Penn State basketball. But once again they proved me wrong and we'll get to watch this team we love at least one more time.