All The Questions You Wanted, All The Answers You Expected

Share All sharing options for: All The Questions You Wanted, All The Answers You Expected 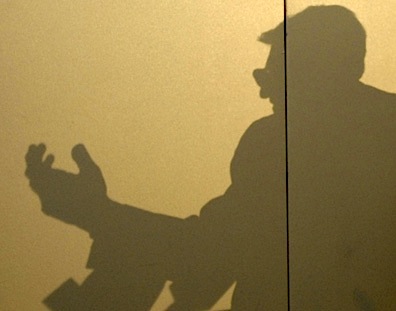 Leaders, we got leaders. In one of those gritty, honest and original leadership questions, former Penn State coach Sean Lee and QB incumbent Daryll Clark were name dropped as great kids yada yada, but Joe coaches teams and right now...

We don't really have the "team" concept that hopefully we can get in the next two weeks. We have two weeks to go and have made some progress, although not as much as I would like. I'm concerned a little bit about the leadership, but I think that will develop.

I'm not really sure what that means, although I suspect it might have something to do with so many positions still being wide open.

Chaz is fine. I have no idea where this started, and to be honest I wasn't overly concerned about it anyway, but in case you are the kind of guy or gal who gets worked up over message board rumors about minor spring practice injuries:

[Chaz Powell] will be fine.

Because Bobby and Joe are best friends. Guess who thinks it's a crying shame that 14 wins are being taken away from a coach who considers one of his TA's reading test answers to an entire room full of football players a 'flea'?

I think Bobby's entitled to those 14 wins. I don't think you should start putting asterisks next to guys' names. That doesn't make any sense to me. He's got those 14 wins. He earned them and took what he had.

This is typical and expected but that doesn’t make it right. And honestly, if FSU get through one of the most blatant academic scandals I’ve read about since I started this who addiction with some after the fact record book shenanigans and an almost dismissive reduction in short-term scholarship limits, I would consider them lucky. Lucky and another example of the all bark no bite nature of the NCAA.

So this is kind of like playing Pitt, then. Joe was asked about the non-conference schedule, about how weak it is, but instead of the usual "they're a very good football team" routine, we learned a little bit about grudges:

I know Akron is on the schedule and the reason I know why Akron is there is because they brought Walt Harris in there has been some publicity. Walt having been at Pitt the last time we played Pitt when Walt was there and they beat us.

I like this, let's run with it. Sure, they look like Akron, but really they are the reincarnation of the 2000 Pitt team, tacky-gold helmets and everything. Revenge! 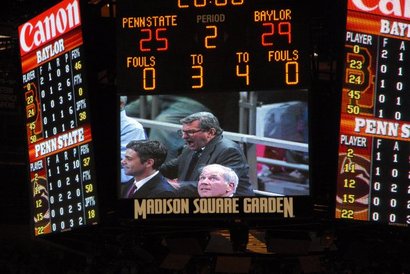 Poor Zips, they thought they were coming over for a quick pay-day and instead have to deal with 19 years of Paterno's pent up anger.

TC Who? We were hearing rumors not long ago that the Penn State AD was trying to pull a quick schedule swap as a last ditch effort to save the 2009 OOC schedule. I guess the banter was in large part true:

We thought Texas Christian was going to come here. They backed out. They decided that wasn't in their best interest. I said, "do you want me to call Gary Patterson?" because I like him and he's a good friend and I thought it would be a good game for us.

So they tried. Not that that means anything, but whatareyougonnado.