What The Hell Is Happening In Ann Arbor?

Share All sharing options for: What The Hell Is Happening In Ann Arbor?

Getting weirder and weirder by the minute.

This morning, ESPN.com reported that Duke point guard Greg Paulus has received an offer to compete to be the Wolverines' quarterback.

"I've been talking to coaches all morning, and my position coach, Coach (Rod) Smith, he told me specifically that they have not offered him — they don't know why he would lie," Forcier said. "They said, 'We'll let you'll know what's up,' because right now, their specific words were, they haven't offered."

"I'm not worried about it," Forcier said. "A kid like that was good in high school, but it's nearly impossible to come back to this level and play. It might be possible, but not in the quarterback position. You have to know too much, you have to know the speed of the game."

"I want to believe my coaches, I committed to them," Forcier said. "Why would a kid like (Paulus) lie to national media? So to me, it's still up in the air."

[Update: And okay, maybe this video is appropriate given the Paulus news and the nationwide protests yesterday.]

[Update #2: The Michigan Daily has the "extended transcript" of Forcier's comments from this afternoon. The money quote, "I might not be getting the whole story from my coaches, but there’s no final word." 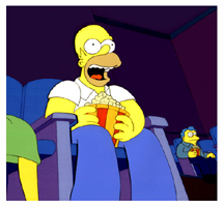