Nitt Picks Is All About The Benjamins

Share All sharing options for: Nitt Picks Is All About The Benjamins

In response to our, uh, discussion the other day, our new Florida State friends at Scalp 'Em took offense and had this to say.

And let’s be honest about the free education bs, this is college football (they should just pay the kids and all it the minor league NFL at this point, at least it would be fair to the players) and it’s all about the Benjamins. Most of the players aren’t going to be a student and play football (at FSU, Penn State or any other major D-I program) they’re going to play football and attend some classes.

Cianciolo, a native of Charleston, S.C., has become one of Penn State's most revered student-athletes in recent memory. He owns a GPA of 3.94 and has attained honors during every semester as an undergraduate in marketing at the Smeal College of Business. After graduating in three years, Cianciolo moved onto obtaining his Master's of Business Administration (M.B.A.) with a primary concentration in corporate finance and earned a GPA of 3.8 in his post-graduate studies. He is also two-sport athlete who also served as a quarterback on the 2008 Big Ten champion Penn State football team.

Gradulations and good luck, Paul. If you get any hot stock tips on Wall Street please write them down on a hundred dollar bill and mail it in to our BSD offices. 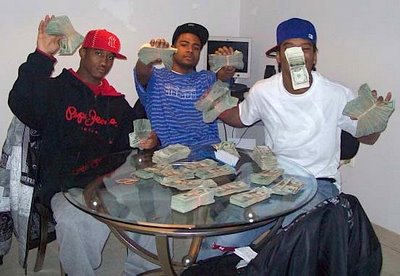 The boys at BSD know a thing or two about Benjamins

While we're at it, gradulations to all 81 Penn State student athletes graduating this weekend.

Remember last year when that little list detailing all of the Penn State players that have had a run in with the law in recent years mysteriously leaked out of Pittsburgh? Seems like our little brother in the southwest corner of the state is trying to start their own list.

First it started with Pitt wide receiver T.J. Porter getting his second DUI in under a year.

Then sophomore wide receiver Jonathan Baldwin, who many PSU fans couldn't understand why we didn't offer, was arrested and charged with misdemeanor indecent assault, summary harassment and summary disorderly conduct stemming from an alleged incident involving a female student on a bus.

And now linebacker Adam Gunn has been charged with disorderly conduct and public drunkenness after an incident in a nightclub last weekend.

I mean, I know Pitt wishes it was like Penn State, but c'mon guys. This is not the way to go about it. Good luck in your quest for the Fulmer Cup! Maybe that's something you can win.