Nitt Picks Does It Because You Do It Too

Share All sharing options for: Nitt Picks Does It Because You Do It Too 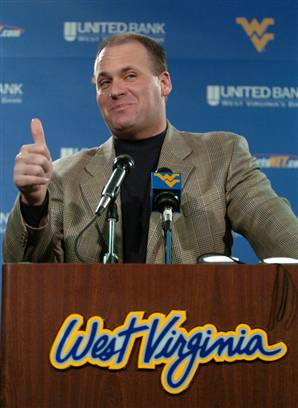 Don't Hate the Player.  WWAHT is using generalities, about the OSU "number", and I take exception:

I really, really hate discussing "cheating" and "paying player$", so I'll keep this thankfully short: I really don't care. It's college athletics. For your own sanity's sake, you're better off assuming everything and everyone is dirty, nothing is sacred, and that college football's status as an innocent amateur intercollegiate series of playful events in the spirit of athletic competition is either fleeting or wholly fake. Players will always receive fifty-dollar handshakes from big-money boosters, coaches will always turn a blind eye to agent-filled locker rooms, SEC schools will just say "fuck it" and commit violations left and right like the Good Lord intended, and each fall we'll continue to plop down a few greenbacks to watch our team kick the ever-loving shit out of Directional State U.

No.  I mean, yes, it's a business, but once you start rationalizing your behavior with comments like "boosters at every school are showering their football players with illegal $50 bills" you need to re-evaluate things.  Penn State has zero major infractions in the last 60 or so years and no one has even hinted at that type of "paying player$" thing in regards to Paterno's team.

I understand you not wanting to make a big deal about The Number, but the better argument for OSU here is to say that these violations are petty and irrelevant, which they largely are, not that everyone is a cheater.  Leave the enormous generalities at the door, please.

Minorihuh?  I haven't thought much about the diversity of PSU's football coaches.  They are, for the most part, old and long-timers, and that's about all I know.  So Rittenberg say the Big Ten has problem with the diversity of their head coaches.  I am not really qualified or interested in having an opinion here, but this gave me pause:

I mean the name is a clue, but hardly something you can made a decision on.  Because this is worth another look (this is apparently DFP stuff but no link is provided):

Rodriguez is widely considered one of two Hispanic coaches in Division I-A football. Florida International's Mario Cristobal is the other. But the Black Coaches and Administrators excludes Rodriguez as a minority football coach, even though West Virginia considers him of Hispanic descent. "He's never considered himself a minority, or a member of the BCA, even though we've asked him to do that," BCA director Floyd Keith told the Birmingham (Ala.) News in October. "How they include him (at West Virginia) is fine. We would love to have included him in our numbers, but that's not his choice."

You are now even more confused, as am I, but feel free to read the analysis if you are interested.

In Scores of Other Games...BHGP finally did a recruiting post, Ed gets a second chance, and a old/new JayPa blog post...