All Your WPIAL Linemen Are Belong To Us

Share All sharing options for: All Your WPIAL Linemen Are Belong To Us

Gimme a bunch of sad-sack Panther fans and a hearty "woooooo!"

Well, if the Miles Dieffenbach commitment to Penn State indicated that Wanny’s Wall had sprung a leak, then today’s newsindicates that it’s been all but torn down.  Tom Ricketts, an offensive lineman from North Allegheny High School just outside of Pittsburgh announced Wednesday that he would play for the Nittany Lions.  The dominos continue to fall Penn State’s way early in this recruiting season, as Ricketts completes the trifecta of top WPIAL offensive lineman to commit to Penn State.  In doing so, he joins Dieffenbach and Luke Graham, who Ricketts calls, not for nothing, close friends.  He had visited State College at the Nike camp last month, and joins a growing number of invitees who have chosen to go blue.

As for that wall that Dave Wannstedt pledged to build around western Pennsylvania, well... 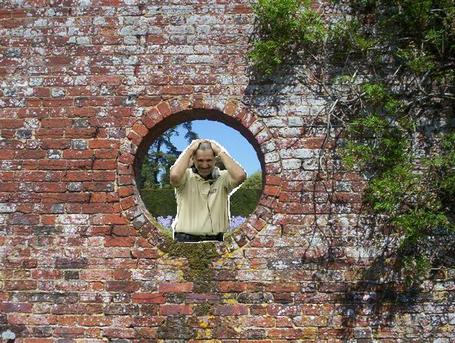 We remain in awe of your photoshopping skills.

At what point do we actually start feeling sorry for Pitt fans? What?  Never?  Fine.  Oh, and don't forget to check our newfangled recruiting thread.

And, just to pile on, Wanny's record as the Pitt head coach:

2006:  6-6, losses to Michigan State, and five straight losses at the end of the season to Rutgers, USF, UConn, WVU, and Louisville.

2008:  9-4, losses to Bowling Green, Rutgers, Cincy, and the stinkbomb against Oregon State.

Want to be taken seriously, Panthers?  Try beating Rutgers for a change.  Baby steps.  The guy's name is Schiano, not Lombardi.