We never always knew JayPa could do this, and wooooooooooo!

Welcome Robert Bolden to the Nittany Lions.  Let's be clear right at the top.  This isn't some scrubbish Plan-C quarterback that Penn State is signing for sheer depth purposes -- this is another #1, a guy who is ranked in the top-ten by both Scout and Rivals for dual-threat QB's -- and suddenly, Penn State has a roster full of quarterbacks with pretty similar styles.  Clearly, the Spread HD is here to stay, and it's time to give a little more credit to your favorite quarterback coach. 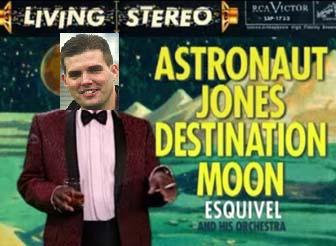 ESPN's Scouts Inc. is very positive (and also has video):

Bolden is a great looking athlete on the hoof and is an impressive quarterback and athlete all wrapped in one package. He is tall and well built. He is a guy that would be an ideal fit in the spread offense, but is in more of a conservative scheme at the high school level which asks him to drop from center-- lots of three step drops and roll outs as well as play-action. He has a live arm and quick release. Gets rid of the ball in a hurry when his feet are set and he is sure in his reads. Has a quick set, gets away from center and is consistent in his overall fundamentals as both an athlete and passer. Throws well on the run, especially to his right. Squares his shoulders and gets the most out of his arm. Shows the strength to fire the ball into tight spots underneath and at the intermediate levels and displays excellent touch on the deep ball. Throws the fade route well in the red area. Possesses the footwork and presence in the pocket to elude the rush and make plays when things break down. He's not overly explosive, but he shows good initial quickness and a long stride to gain momentum and become a running threat when he tucks the ball and runs. We are not sure he is in a scheme at the high school level that truly maximizes his strengths both athletically and in the passing game. Many of his reads are very simplified and he is not asked to consistently stand in the pocket on five step drops and work through progressions 1-2-3 and so on. He may have an adjustment period to a more sophisticated passing game at the next level. Bolden has a lot of talent, but is still somewhat raw as a quarterback. We feel as a result his best football is definitely ahead of him especially if he gets into a more wide open scheme. Very good prospect.

There may be additional news and sirens over the weekend.  Otherwise, Penn State will now turn its full recruiting attention toward its few remaining needs -- defensive end, especially.  They'll also continue to work on PA DT Sharrif Floyd and SC RB Marcus Lattimore, neither of whom is expected to make a decision anytime soon.  Penn State is considered a slight leader for Floyd.  Lattimore is more of a mystery, especially because he's in South Carolina as opposed to Philly.  Regardless of the scholarship numbers in January and February, it's generally accepted that PSU would find a way to make room for either Floyd or Lattimore.