You Are Stupid And Irrelevant And Nobody Likes You

Share All sharing options for: You Are Stupid And Irrelevant And Nobody Likes You

Building a college football dynasty is hard work, man.  Especially if you're a middle-tier Big East team that can't gain any respect or fans in your own hometown.  But hey, in NCAA '10, anything is possible.  So you recruit, play, win, recruit some more, and before you know it, the Big East slowly becomes your prison girlfriend in ways you never imagined possible.

And what happens?  The fake media still doesn't give you any respect. 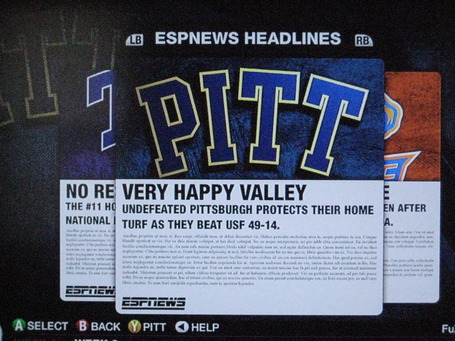