Nitt Picks Has Learned Its Lesson

Share All sharing options for: Nitt Picks Has Learned Its Lesson

Scheduling of a different flavor.  Penn State put out the full basketball non-conf schedule and it's much improved:

Complete with this stat:

Everyone ought to be pleased, although things can of course quickly backfire.  American had a great run with a guard who is now gone and Penn could once again be the 200+ anchor you really need to avoid.  All in all, though, it's a really solid slate with winnable games, and fewer laughable ones, for a team that still has a lot of production to replace.

Pride and Preposterous.  This newspaper clipping starting making the rounds late last week, and while it's an easy gut shot in context, it is even more pathetic when you look at the details.

To try and paraphrase: Tulane's quarterback was a transfer from Iowa State, only instead of sitting out a year he took the NCAA to court over the transfer rule.  The court ordered a stay, allowing the kid to play while the case was heard.  Tulane then took on Bowden's FSU team and somehow beat the heavy favorites by 6 points.

As you know the court later upheld the rule, which led to Bowden Money Quote A:

And Bowden Money Quote B:

Because the universe is sometimes fair, Bowden didn't beat Miami, or even Florida the following Saturday.  They finished with five losses but still somehow went to the Peach Bowl, which, and I'm too young to remember, must have been the Motor City Bowl of its day.

As for Tulane?  Their awfulness really makes this a laugher: 4-7 with losses to powerhouse teams like Vanderbilt, even with the court ordered quarterback playing most of the year.

And I'm not even sure this is cheating.  I mean if the judge ordered a stay then how is Tulane suppose to be punished for it?  BSD Legal will have to give you our official stance but this seems a lot more legit to me than half the team cheating on tests and then playing the "we didn't know" card, which, comeon: it's your responsibility to know when one of your grad assistants conducting something like that.

Only with selective word play can I go along with this, but sure, under the disclaimer of "hottest", I'll buy.  Although isn't this really a review of the two biggest games?

While we are off topic, quickly. I'm for some reason drawn to reading these things even though they rarely have original thoughts and never actually provide real "answers".  But anyway:

The problem besetting newspapers is not that there are hordes of bloggers giving it away for free. Bloggers are, to be sure, great competition for the op-ed section. But the op-ed section is not a money maker, as the New York Times so painfully discovered with Times Select.

This whole article alternates between saying pointed although mostly obvious things and then, sometimes in the next sentence, completely missing the boat.  This is the latter.  Op-ed articles must be by definition news driven.  You have to start with a current event or social trend and then expand upon it.  You can't give an opinion without first reporting the news.  BSD is not an originator of hard, beat news, but we sure do deliver it.

The NYT failed to sell their content because people weren't interesting in paying for their opinions.  The WSJ has much more success with essentially the same model because people respect what that organization has to say.  They created a niche with premium, high quality content, and didn't just expect to get paid for it because they were a newspaper.

Okay, completely back on topic. The victory garden produced more cucumbers than a reasonable person could eat, leaving me with the opportunity to start pickling.  My search for a recipe left me not only with what will be my contribution to the BSD Iowa Tailgate, but also perhaps the single greatest combination of foods ever conceived: 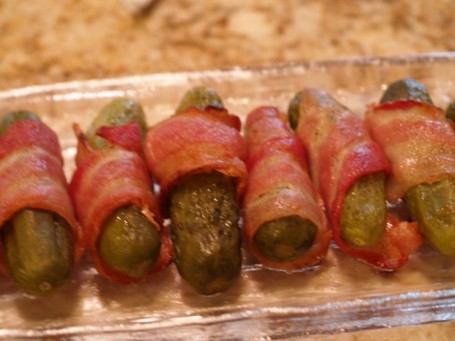 Yes, you are looking at that right: 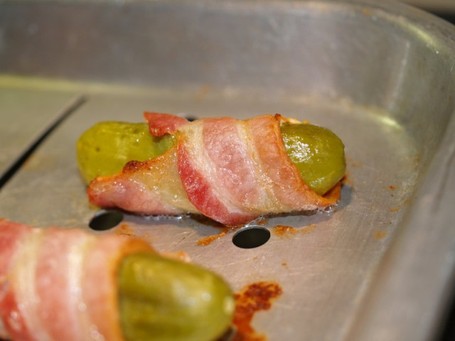 In scores of other games. QBsneak12 has a great write up of the QBs that go away...get back in touch with your glossy paper roots...Penn State doing twitter research (caution: auto-playing ad video).