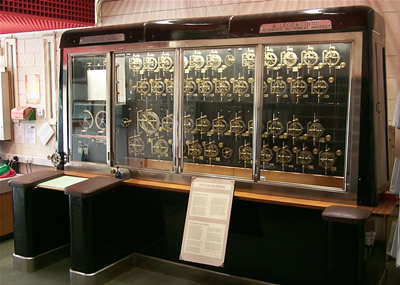 There is a fine line between these being predictive and these being reflective. On one hand, they may actually reflect some type of guess at the game score, because if they don't the 'sharp' betters will. The flip side, though, is that these lines are simply an attempt at balancing these guys on both sides of the bet. Either way, though, it's fun.

We talked about Heisman odds and the apparent inevitability that Pryor will be in New York shortly just last week, but let's take a look at the national and conference team odds.

And here is something interesting.  While the BCS CG odds are essentially your chance of being elite, there's a kind of discrepancy when you look at who will be just pretty good.

Some of those teams above and their win total with odds:

None of those teams are predicted to by Vegas to slot more than 9 wins more than Penn State, but they are all significantly higher on the MNC chart.  BUT BUT SCHEDULE, yes, BUT BUT UNC's OOC slate includes the Citadel, Uconn, East Carolina and Georgia Southern. Notre Dame's soft schedule was the talk of June.  In other words, there are too many teams playing too many cupcakes to account for this large a discrepancy.

I suppose these things can coexist, but it's curious.  Take Oregon, for example.  Vegas says they are twice likely to win the MNC, but have (about) a 40% chance of hitting more than 8 wins.  Penn State comes it at a ~63% of getting at least one more than that.

Somewhat strange.  This would only really make sense to me if Penn State was facing some kind of glass ceiling, but as far as I know the team isn't playing as part of the Mountain West next season.

Thanks to You guessed it, Frank Stallone and Sports Investments for help with this post.