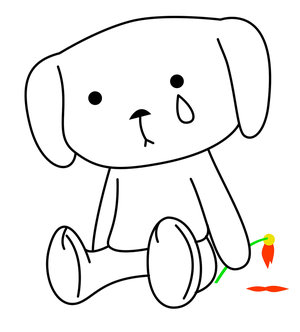 Puppies everywhere are crying.  FightOnState.com says it's an ACL.  Collegian with some details:

While the elder Mauti would not comment on the extent of his son's injury until doctors did more tests, he said the linebacker would probably undergo an MRI Monday for further evaluation.

"It's the ugliest part of football," said Rich Mauti, a Penn State wide receiver in the mid 1970s. "He's pretty disappointed, just trying to figure out what it all means. He needs time just to let this thing sink and digest."

Rich Mauti said his son was pursuing running back Brandon Beachum on a sweep play, and when Beachum cut back, the younger Mauti went to cut and tangled his knee up.