We've been counting down our greatest hopes and concerns for this year's Penn State team and are almost at the end of the line.  Previous editions profiled the offensive line, Daryll Clark's health, wide receivers, and kicker.  Before arriving at #1 on the list, here are some items that didn't make the cut. 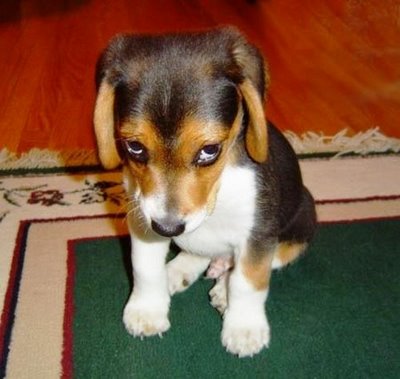 Defensive End:  We've heard all about the progress of Jack Crawford as the replacement for the quarterback annihilating force formerly known as Project Mayhem, but what will he be able to do against teams that will actually be gameplanning for him in non-garbage time?  As for the others, Kevion Latham, Eric Lattimore, and the twice-rehabbed Jerome Hayes will have to find a way to get pressure on opposing quarterbacks.  As we've learned in nearly every major Penn State loss over the past few years, if the defensive line doesn't get to the quarterback, it's EPIC SECONDARY FAIL.  That's just the way the scheme works.

Tight End:  Okay, we're really just talking about Andrew Quarless.  All the talent in the world (despite what you may have read elsewhere), and one remaining year to capitalize on it.  If he does, he could take a lot of pressure off the green-ish wide receivers.

Stephfon Green:  Evan Royster is a great running back, but let's face it -- he gets his share of minor injuries like anyone else.  Green's speed is obviously his biggest asset, but a look at his conference-only stats shows that he's not exactly a yards-per-carry giant when he gets extended looks in the rushing game.  If he ever learns to be a little more patient before turning on the jets (and if the coaches use him as something other than an inexplicable battering ram), he'll evolve into more of a #1a option instead of a #2 and take some pressure and miles off Royster.

Josh Hull:  He struggled mightily during the first half of last year but slowly became a solid linebacker toward the end of the season.  With Mike Mauti's injury, any depth chart controversies are now moot.  Hull will be a second-year starter on the defense, and should improve on his often sluggish read-and-react issues of early 2008 (and if he can't thrive this season with Jared Odrick and Ollie Ogbu in front of him and Bowman/Lee on either side of him, he never will). He'll never be Paul Posluzny or Shane Conlan -- we know this.  And nobody is really proud of harping on the performance of a walk-on linebacker who by all accounts is a great student and overall citizen of this planet.  To be honest and fair, going from potential All-American Sean Lee to walk-on Josh Hull took a bit of getting used to for all of us.  So let's just hope for the best out of Hull and not scream for someone to replace him until the second half of the Syracuse game, okay?  Okay.  Deal. 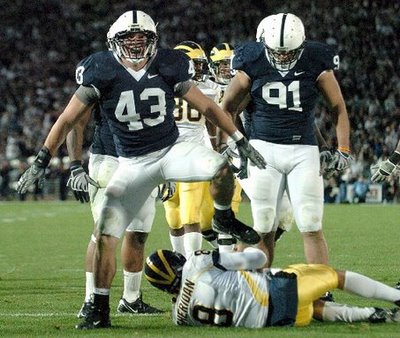 Positive thoughts.  Forget all about this.

Fullback:  Yeah, I know.  It's a friggin' fullback.  Still, you know how Joe Paterno loves to use fullbacks in short yardage and goal line situations.  The leading candidate seems to be Joe Suhey -- who may actually prove to be valuable as a receiver out of the backfield, think Matt Hahn -- but the team seems to be without its traditional, beefy, block-first bulldozer to line up in front of the tailback.  Walk-on Shaine Thompson is in the mix as well, but he's no more than 215 pounds soaking wet.  But truth be told, Suhey will probably end up being just fine here.

Anything else you're slightly concerned about that didn't make the list?