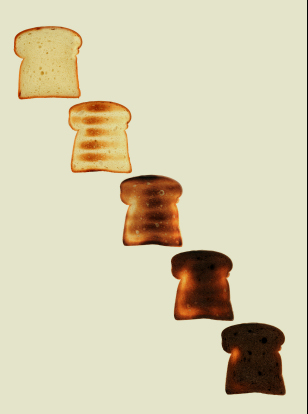 A quick look at Penn State's team passing defense statistics from 2008 indicates that things may not have actually been so terrible:  19th in pass efficiency defense, 27th in passing yardage allowed, 16 INT, 10 TD, 56.3% completion rate.  Combined with an prolific offense and the #8 rushing defense in the nation, it's easy to see why the team was so successful in 2008.

For one thing, all of this is obvious nitpicking.  We're talking about the weaknesses in a team that went to the Rose Bowl last year.  They only lost twice, remember?  Still, it was the secondary that faltered in the waning minutes in Iowa City* and pretty much throughout the entire Rose Bowl against USC:

The failures were equal parts personnel and scheme.  We know Mark Rubin was essentially a fourth linebacker playing strong safety and sometimes got lost in coverage.  But really, how were Lydell Sargeant and Tony Davis supposed stop anybody when they're constantly instructed to line up 8-10 yards off the line of scrimmage?  The scheme is the scheme -- something I labeled "Bend But Don't Suck" years ago -- and it's not changing anytime soon.  It's great when the front four can get pressure on the quarterback, and especially brilliant if said quarterback (a) isn't that great and (b) doesn't have much receiving talent.  That pretty much included 75% of Penn State's schedule last season.  But against a hot quarterback (Iowa, second half) or a really good one (USC), Penn State doesn't have much of a prayer stopping an opposing aerial attack as long as the defensive line is adequately blocked.

So, yes.  The BBDS defense returns again, but with entirely new personnel.  Rubin, Davis, Sargeant, and Anthony Scirrotto are all gone.  A.J. Wallace is the one guy with extensive game experience at corner, and he has the dual distinction of being suspended for the first few games in 2009 and not having played terribly well as a cornerback in the past.   Your opening day starters appear to be D'Anton Lynn and Knowledge Timmons at corner, Drew Astorino at free safety, and Nick Sukay at strong safety.

It's truly impossible to predict how the secondary will play.  Lynn and Sukay were both highly rated players coming out of high school (so was Wallace, but the clock is really running out on him).  Astorino showed last year that he's not afraid of the big stage.  And Timmons, well...he's fast.  That's practically all we know about him to this point, other than he really loves his iPhone.  (Hey, me too.)

Maybe we'll look back at this season in five months and laugh at how needlessly concerned we were about this group.  But until then, pucker pucker pucker.