Nick Carparelli Jr., the Big East’s associate commissioner for football, said in a telephone interview on Monday that talks for the Yankee Bowl have been progressing.

I'm not even going to tell you how I feel about that name.  You know how I feel.  There is a football player from Brooklyn, a record holding football player, who has gone on to become one of the most successful coaches in college football.  This guy's name is not "Yankees", or even George Steinbrenner.

But everyone loves pin stripes, and though it has nothing to do with football in the slightest, it's the New York way to make sure your name is all over it anyway.  I mean it's football in, to steal a phrase, The House That The YES Network Built, and as they are saying over at DocSat:

[I]f there's one thing this country needs to get America back on track it's further exposure to Notre Dame, the Yankees and third-tier bowl games.

And who can't get behind that, right George? 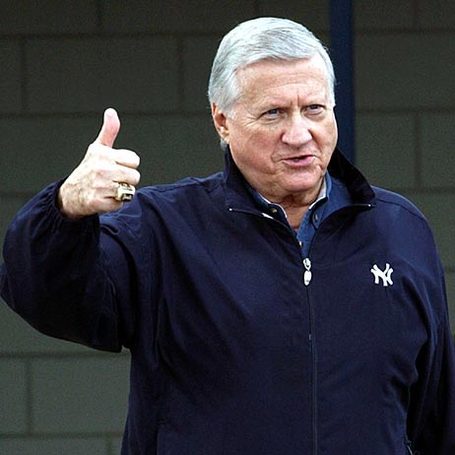 I'm sorry, the correct answer was: 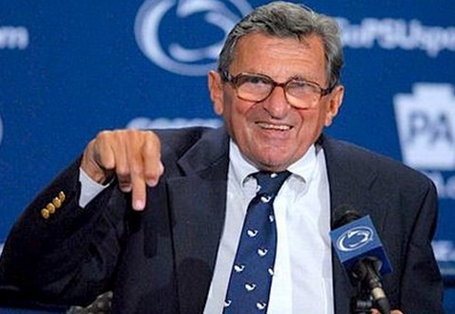 Although maybe it's best to stay an arms length from this thing.  It's looking a lot more like all of those other countless bowls you don't watch:

The Big East would send its third or fourth selection to New York against likely the seventh selection from the Big 12.

Really, Big East?  Your third or fourth against their seventh?!?  This isn't the best way to respond to the media hounding on your falling stature, but then again it is par for the course.

My whole argument when NYC football was first passed around was the idea that you could tap what I believe to be (but can in no way support with statistics) a large number of Big Ten alum within a drivable distance from the city, match that with the much more local Big East, and have a unique game that pits two quality schools in cold weather.

This is the opposite of that.  How many fans would have filled the 47,000 seats they are making available for these games:

Or in other words, a Big East team either at the fringes of or (more likely) completely absent from the polls against a 7 win team from the Southwest.  And when you're reading headlines like this one:

Iowa State could soon be bowling in New York City

You know that's a bad thing.

For shame I say, a dream is dead but I suppose the Big Ten will cash in anyway.