Share All sharing options for: Iowa: What's The Story?

The Curious Incident of the Linebackers In The Line-Up. The story started when the PPG told us (as RUTS pointed out: without sources or bylines) that Sean Lee was "doubtful" for Saturday's game:

Penn State linebacker Sean Lee is doubtful for Saturday's game against Iowa after spraining his left knee this past weekend in the Nittany Lions' 31-6 victory against Temple.

Lee is expected to miss up to two weeks, but could return sooner if his rehab progresses as expected.

That sparked the usual OH NOSE, and some depth chartin': we were all of the sudden looking at Gbadyu & Hull with Bowman added in the best-case scenario.

Then Bowman became a sure thing, which was comforting, and the good news kept on comin':

Lee is rehabbing the knee until he gets clearance to return to the field.

"I definitely feel like he's going to be ready to play," Lions quarterback Daryll Clark said. "That's why he's working on it now."

And from the linebacker himself:

"At first you get worried," [Sean Lee] said. "You think you put in all this work and you might be out again, which is no fun. I think I'm going to be all right." 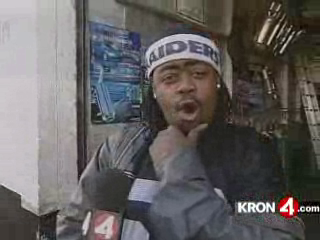 Gbadyu, Hull, Bowman will be the starters at LB if Lee can't go. Second string will be Yancich, Stupar and Colasanti, though Joe said he's bothered by Stupar's injury and, in a round about way, questioned Nate's toughness saying back when he played no one visited the trainer. Ouch.

We Must Protect This Quarterback! Your interesting stat of the day: Daryll Clark, who everyone assures you is a dual threat quarterback for reasons I won't speculate on, has exactly zero designed running plays called to him through three games.*

*As far as I can tell, and because my 4th quarter memory is faded by design, I found someone who agrees with me.

But-but-but, dual threat, right?  Well dual-concussed, obviously, and that's something you don't want to mess around with against the suck-cakes.  But are we going to open things up now that the season has begun?  Linked above:

Which is the standard line but probably the accurate one, too.  Maybe there's a way to keep Clark the healthy pocket passer who is completing 67% of his passes and run under center more often.  TINNOMJ thinks just maybe:

Use Kevin Newsome in a Wildcat/option package during portions of the game this weekend.

Why not, right?  Newsome has seen far less action than he should have up to this point, and to be frank he's looked exactly as advertised (quick but as of yet completely unprepared to be a college quarterback) during the first three games: only 6 attempts, two sacks, but two 15ish yard runs to help offset.

Bottom line: Clark getting hurt simply isn't an option, it if that means a couple of gimmicks that might keep a defense honest but provide diminished returns, we should all be okay with that trade-off.

It's like The Shining but so much worse.  I was at the beach a long time ago with a bunch of friends.  We were throwing the football in the water because that's the only fun thing to do at the beach once you're too old to build sand castles, and I places a rocket right in the arms of the diving receiver, just a fraction of a second before the oncoming wave took him down.  The problem was the receiver had a pair of brand new sunglasses on, and the ocean took them for keeps.

My friend didn't buy sunglasses for 12 months after that because he was so mad at himself for forgetting to take them off his head.  Daryll Clark is the kinda guy that would do the same thing:

"There's nothing that anyone can tell to make me believe that it wasn't my fault, period," Clark said this week.

I like the inner drive, but if there's one thing we don't need it's Clark putting too much pressure on himself to make plays, to think he has to somehow make up for it, and as a result force plays.

Make It STOOOPP!  The game is at 8 p.m.  There isn't a word I know of that accurately describes the kind of torture we'll be put through tomorrow watching the promotion for the game.  Over under for number of times they show The Kick is in the teens.  Find the switch button and don't take your finger off of it for even a second. 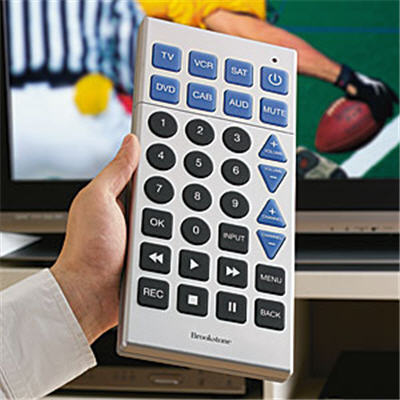 It's only for decoration. YDR's Headline: "Josh Hull: 'The 'Stache Master'" 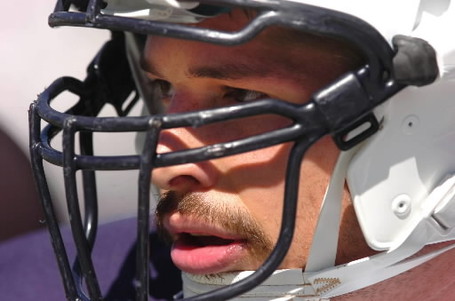