As further evidence that there is no niche too small for a blog, the prosecution submits Exhibit A: an Akron Zips Blogger. Mike Rasor from Rasor on the Zips was kind enough to answer a few questions about the Zips in preview of the game this weekend. 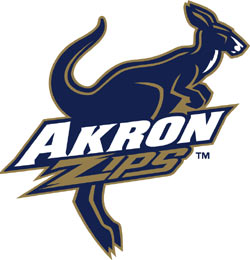 BSD: What strengths do the Zips have on offense? What do you think they need to do on offense to be successful?

The offensive line is a definite strength, and it has been for a couple years. They keep a great mix of underclassmen and seniors in order to retain stability. It really did wonder for the running game last season. The receivers are a great bunch, too. For the offense to be successful, quarterback Chris Jacquemain must be error-free in crunch time. That is what kept Akron from a winning season last year. Also, Akron has a lot of talent in the backfield, but one running back must emerge.

BSD: The last time these teams played the Akron defensive line did a good job of disrupting Penn State's offense. What can we look for from this defense?

The Zips installed a new defense, dispensing with the 3-3-5 that J.D. Brookhart has used since he arrived. It will look more like a 3-4. Akron's front seven is pretty good and quite deep. The starting secondary is talented, but there isn't much depth behind them. It's hard to say what the defense's theme will be.

BSD: Where do you look for Akron to finish in the MAC? What would be considered a successful season for the Zips?

I think it would be a successful season if attendance at the new InfoCision Stadium booms AND either Akron makes it to a bowl game OR the Zips win the division.


BSD: Thanks, Mike. Good luck on your season.