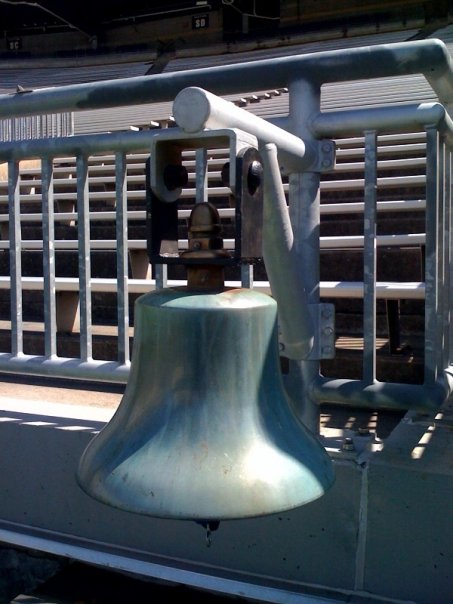 So apparently somebody was digging through an old closet somewhere in the Lasch Building this summer and found the original Victory Bell that used to stand in Beaver Stadium years ago. So they dusted it off and mounted it right next to the entrance to the tunnel where the players enter and exit the field. I always thought it was corny how they "rang the victory bell" after a win by blaring a bell sound over the public address system. Now after a win the players and captains will ring this bell to celebrate the victory.

Let's just hope it goes better than this.

And I'm calling it right now. Any stupid freshman who thinks he's going to be cool and ring that bell before the game is over jinxes the entire season. Pummel him accordingly.