We don't cover women's track much here at BSD.  And by "much", I mean "ever."  Fine.  But when Laura Nichols drops a lede like this, consider us hooked:

A touted track and field recruit faces a felony charge after police say she donkey-kicked an officer and stole vitamins from a downtown convenience store.

When police arrived, Britton was sitting on the floor inside the store and refused to get up, according to police reports. Officers tried to escort Britton out of the store to a police car, but as they were walking through the store, Britton let her body go limp and fell to the ground, police said.

If you've ever seen COPS, you've seen the "go limp and fall to the ground" trick.  Always brilliant, always entertaining. It's never enough to be led away from a crime scene by a police officer.  Make that cop earn his paltry paycheck and have him carry you to the squad car.  But as we already know, the shenanigans didn't end there.

Britton was lifted back up and taken outside, but refused to get into the back seat of the vehicle and tried to pull away, police said. It was then Britton "donkey-kicked" Officer E.J. Kessinger, who sustained minor injuries to the lower left leg and left wrist, police said.

Hell, yes.  That is how you parlay a summary retail theft charge (here's a $250 fine, don't do that again!) into felony aggravated assault (you know, you'd look great in County Orange!). 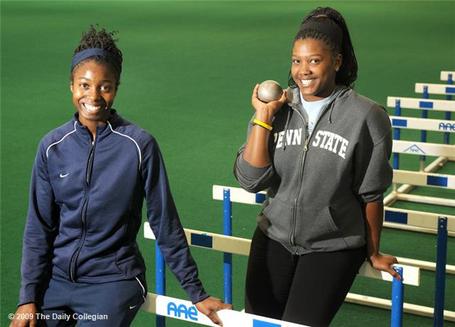