It Might Not Be Such A Cold Winter After All 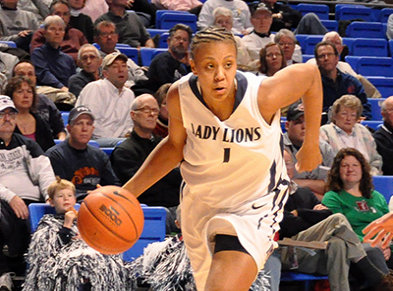 Forget that Andrew Jones and Jeff Brooks are incredibly underacheiving.  Forget that Bill Edwards and Tim Frazier are freshmen turnover machines.  Forget that the Penn State men's basketball team is doomed from repeating anything close to last season's NIT championship.

Penn State beat No. 20 Michigan State this afternoon at the Bryce Jordan Center behind 23 points from senior Tyra Grant and 14 and 12 point efforts by freshmen Alex Bentley and Nikki Greene respectively.  The Lady Lions are now 13-4 overall, and 5-2 in Big Ten play, good enough for second in the conference behind No. 5 Ohio State.  The victory was the team's fourth in a row, and second upset of a ranked team this season, the first being a 77-73 triumph over No. 15 and then undefeated Pitt on December 12.

The Lady Lions still have a long way to go before I'll say they're "back".  The bar has been set too high to say that this team is anywhere near the level of some of the great Lady Lion teams of the past.  But they certainly have a chance to be.

Grant leads the team with her savvy on the court and ability to make plays from any spot on the floor.  Alex Bentley has established herself as a solid second option at the point in only her first year with the team.  Fellow freshman and 6'4" Nikki Greene is growing into a productive center as the season moves along, mercifully taking over for Jones-like Janessa Wolff.  Julia Trogele leads the team in rebounding, and is a solid seven point per game scorer to supplement Grant and Bentley.  Meredith Monroe fills out Penn State's starting lineup.

The bench is highlighted by energy guards Emily Phillips and Zhaque Gray as well as forwards Marisa Wolfe and the aformentioned Janessa Wolff.

So there.  Now you know the team.

Up next for the Lady Lions is a trip to Madison for a date with 15-4, 5-3 Wisconsin at 8:00 pm on Thursday opposite the Nittany Lion game against Indiana.  It will be Penn State's biggest test yet  and you can catch it live on BTN.com.  And next Sunday at 1:00 pm is the annual Pink Zone game against Illinois at BJC.

The time to jump on the bandwagon?

That would be now.