What We've Learned, Other Than Complaining About Cupcakes Will Have To Wait Until 2011

Share All sharing options for: What We've Learned, Other Than Complaining About Cupcakes Will Have To Wait Until 2011 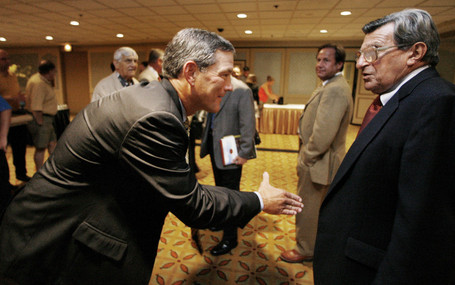 Is the Big Ten back baby woo wooo yeah?!

I always hated the conference bashing, and so I have no drive to partake in the chest pounding.

But this post-season was impressive.  Oregon was beat by a tougher team that could control the clock.  Georgia Tech looked like little school children on offense fighting against Iowa's defensive line.  LSU lost a slug-fest you don't normally have to play in the south (while probably much worse, there are comparisons between playing in that pig pasture in Florida and on a snowy, icy field in Pennsylvania).

All three of the top Big Ten teams were Vegas dogs, and all three won in games where the score didn't really tell the story: Ohio State outgained Oregon by 159 yards, Penn State outgained LSU by close to 100, Wisconsin picked up 181 more than Miami, and Iowa held GT to 155 total yards and put up over 400.

They were routes, really, and the three losses that went along with themweren't anything to be embarrassed about.  I'm not going to start the "Big Ten Rulez" chants in my section anytime soon, but I think we can put to rest the idea that an undefeated Big Ten team isn't as or more deserving of an MNC bid than any unbeaten in the country. 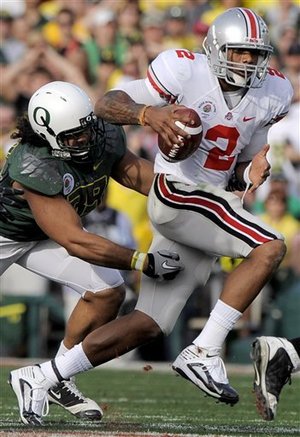 It's hard to say for sure, but I do think that for the second straight year his ability as a quarterback is going to be insanely and outrageously overstated.

The Purdue debacle, in which Tressel let Pryor actually play quarterback, was a turning point in the season.  Pryor, in a lot of ways, single-handedly lost that game, and it was the last time Tressel let him have that much control over a game.

In the non-cupcakes weeks after that loss, Pryor threw exactly 17 passes in each game.  Not exactly carrying the team.  Keep in mind those game go through the end of the regular season.  The conclusion there is that he's a good athlete (good enough to keep his job) but not one you trust as a throwing quarterback because of a weak passing game.

So naturally the media is going to ignore all of that and pretend he played all season like he did against Oregon in the bowl game: 23 for 37, 266 yards, 2/1 plus a 3.9 average on the ground an a couple nasty stiff-arms to boot.

So do this: either take the average of how he performed during the second half of the season and use that as your starting point, or declare him "arrived" and instantly leading the Heisman race. I'm doing the former, the media will most certainly to the latter. 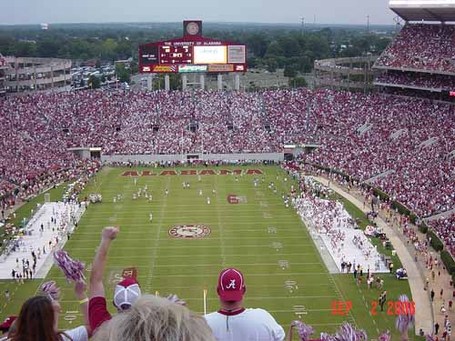 Where are we sitting pre-season?

We have months, months that will feel like lifetimes, to figure this out, but I'm guessing the final 2009 poll will look something like this:

I know nothing about the mid-majors, but you can bet BSU will be the darlin' until something changes.  Bama and Texas will both be strong, even with some turnover.  Florida is a big question mark because of Tebow leaving, but it's not like Florida hasn't been recruiting as well as anyone in the country.

Of the three Big Ten teams in there, Penn State takes the biggest step back in terms of loss of starters, so expect some punishment for that.  Ohio State and Iowa both look strong and will be ranked accordingly.  If you made me guess, in no particular order, I'd say the AP puts Alabama, Ohio State, Texas, Iowa and Florida all in the top 5 to start 2010.

So the next question is:

And the answer is most certainly "Is that even a question?"  That's anywhere from possibly to probably three games, all on the road, against top five teams.  If it hold up (always a very big if, mind you)  it would not only be the toughest road schedule in 2010, but maybe the toughest road schedule in, well, a very long time.  Oh how the cupcake complaints will change.