Nitt Links Can Play Quarterback If Need Be

Share All sharing options for: Nitt Links Can Play Quarterback If Need Be 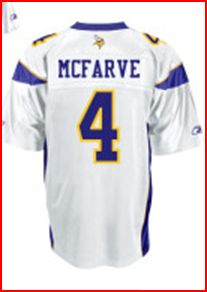 If I had the money I would have ordered this jersey tonight. The past 24 hours have been, shall we say, interesting? Joe says McGloin will start against Michigan on a taped radio conversation, and within an hour of that Jay is telling everyone that Bolden will be a game-time decision. Ultimately, if Bolden'shealth is in question, I'm 100% behind keeping him out of the game. The last thing we need is scramble this kids brains so early in his career. I want to beat Michigan, but I don't want to see Bolden get taken out like Anthony Morelli did. (Say what you want about him, but he took that hit like a champ)

The ironic thing is playing McGloin ought to set Penn State up for a passing attack we've been hoping for. In theory we shouldn't be banging our heads up against the wall having to watch a 3 yard draw play on 2nd and 7. McGloin is far from perfect, but he has an infectious amount of swagger, and he isn't afraid, that's a key factor. For the most part he came into the Minnesota game and managed it pretty well. He threw an interception, but I think with a week to really work with the first team and a gameplan meant for him he can be successful. Penn State needs McGloin to put air under the ball and let it fly. I think he can do that.

Before we get to the links, I would urge you to have fun this weekend. Beaver Stadium has felt kind of dead and serious so far this year. Sure we aren't great, but this game has the potential to be quite a lot of fun to watch, enjoy yourself.

From a pressure and worry standpoint, this ought to be a tap-in season for Rich Rodriguez. After a pair of horrendous years in which Michigan football fell to historic depths (3-13 in Big Ten play; last place last year), his program finally has a lot to be positive about.

Hill said prior to the Minnesota game, the last time he played end was his freshman year at Steel-High. It's safe to assume that there were no Denard Robinson clones running around in the Mid-Penn Conference back then. None of the PSU defensive players have ever encountered a player with Robinson's running ability

The 2009 first team All-Big Ten honoree and two-time CoSIDA Academic All-American has been selected one of 16 National Football Foundation & College Hall of Fame Scholar-Athletes from across all NCAA and NAIA divisions.

Penn State didn't make the trip due to the weather. FWIW

The worst player in the NFL?

See? Not all is lost. We've got a good special teams unit.