Remember back in the summer when were were all looking at the quarterback roster with Robert Bolden, Matthew McGloin, Kevin Newsome, and Paul Jones and people were freaking out saying, "OMG how are we going to keep one of these guys from transferring?" The calmer heads were reminding these people that this is a good problem to have. Today, the first domino is going to fall as BWI is reporting Kevin Newsome is expected to transfer out of the program. And yet, it seems like the usual panic that hits the BWI message boards when news like this hits just isn't there. There's a general peace and understanding that this is a good move for Newsome, and people are wishing him well. A lot of that is based on the fact we know Penn State has two good options at quarterback going forward with McGloin and Bolden, but it goes to show that sometimes if we just let these things run their course, in the end they have a way of working themselves out for the best.

So in a complete 180 from football, the women's basketball is 8-2 and has scored 90 or more points 5 times this season. It doesn't matter who you are, or how much you like women's basketball. 90 points is a lot. Looking quickly over the schedule Penn State has a real shot at going into Big Ten play with a 12-2 record which deserves some mentioning. Back in the day the BJC would fill up for women's games, maybe we'll have another reason to this year.

End Of An Era: Urban Meyer Steps Down - GatorZone.com

I imagine you already know this, but I'd look like I was slacking if I didn't put one link up for it. If Meyer is really stepping down for his family and his health then it's hard to find fault with that.

I don't think the bowl games are  that bad, just the fact they put all of the Jan 1st games on top of each other. I'd watch every Big Ten bowl game if I could, but apparently we need to have 200 games at the same time.

See above for the pep-talk

You win coach of the year, we'll give you love.. Congrats

For those of you wondering, that's how far away he was. 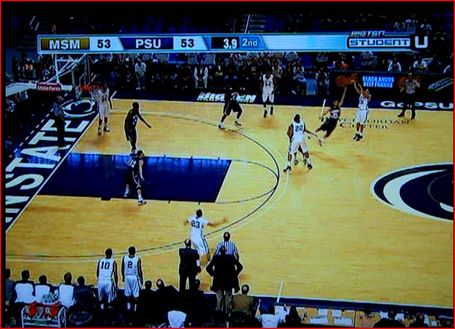