In an effort to reach out to the lesser known athletes and persons associated with the athletics program, we here at BSD have decided to model a new feature on the wildly popular "Bart's People" from The Simpsons. While Bart interviewed Cat Ladies and Groundskeepers, we'll try to keep the stories interesting, fresh, and "ripped from the headlines."

With that being said, allow me to introduce you to the first Nittany Lion Spotlight, Olympic Speedskater Allison Baver.

I should have thought of this earlier, but there is an international sports event going on and it just so happens that a Penn State graduate is in the heart of the action. Allison Baver, a Reading, PA native, will be competing in the 2010 Vancouver Olympics on the women's speedskating team. On Saturday, February 20, Allison will compete in the 1500 meter event, with Heats starting at 5:45 pm Pacific time. The following Wednesday, February 24th, Allison will be back on the ice for the 1000 meter event, with Heats starting at 5 pm Pacific time. Allison will also be on the 3000 meter relay team (though I'm not clear on this event, as I tried to watch the trials and there were literally people everywhere), with the event also taking place on Wednesday. Finally (hopefully), next Friday, February 26th, Allison will finish the 1000 meter event, hopefully skating into the finals around 730 pm Pacific time.

Born in Reading, PA in 1980, Allison began her Penn State career in 1998. Having only recently fallen in love with speed skating, Allison took a leave of absence from Penn State to concentrate solely on her skating. She competed in the 2002 Winter Olympics in Salt Lake City, Utah before returning to Penn State to earn her degree in Marketing and Management in 2003. If you can't do the math, I'll help you out - in less time that some people take to finish school (Tommy Callahan), Allison not only earned a business degree, but also competed in the Olympics. Throughout the next few years Allison would compete, break world records, sign sponsorship deals with Penske, and be considered for a role on "The Apprentice." She has since earned her MBA from the New York Institute of Technology and resides in Utah where she trains full time as a speed skater.

But how does she earn a living, Junny? There can't be much money in speedskating. True, Casual Penn State Fan, there isn't. Luckily for Allison, she is a knockout, a pure beauty that could make a blind man blush. Ergo, modeling was a natural choice. 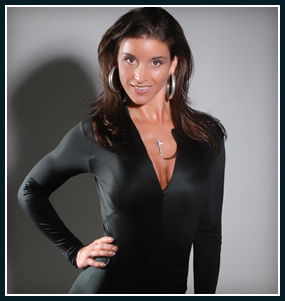 But don't take my word for it, listen to a certain men's magazine that certainly has a following on the BSD boards, which ran a story on Hot US Olympic Athletes:

Any race-day superstitions?
Allison Baver, U.S. speed skater: I keep it simple and wear some cute white panties when I race — can't be any other color. I'm always on the lookout when I'm shopping for new styles, and I have some from Italy and all over the world. I buy an insane amount of white panties — with lace, without lace, various styles. Just gotta be white and a little sexy.

Hoping to one day have her own TV program (that is hopefully better than "The Apprentice"), Allison is a business-minded woman that loves to skate. Being good looking is an added bonus, but to be an Olympian, nonstop training and dedication are required. Only one Penn State graduate has even won a medal at the Winter Olympics, with Kurt Oppelt bringing home Gold in the unforgettable Pairs figure skating routine at the 1956 Games in  Italy. Here's to ending that streak, Allison...go get 'em, Allison! Bring home the gold! 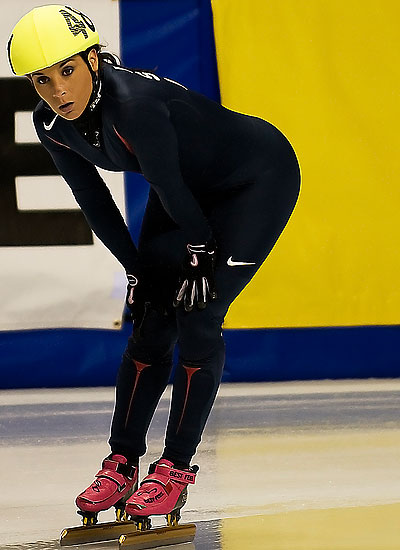