Success With Honor At What Price?

Share All sharing options for: Success With Honor At What Price?

"I point the finger at myself. We weren’t successful, so it starts with me," DeChellis said. "I’ve got to figure out what we can do better offensively, what we can do better defensively. It’s top to bottom — what we’re doing with strength training and conditioning, with individual improvement, our preseason workouts now, what we did over the summer. I have to look at things from top to bottom, from nuts to bolts. We’ll assess every part of it."

So basically, we'll look at everything and maybe tweek some things.

Now, I admire Ed a lot. And I don't want this to become another version of the apologist vs. the realist thread. Stick with me and see if you can get my point in all of this. I think Ed is a stand up guy that represents the university with dignity and class. For goodness sakes, who can recall the last time Ed got a technical called on himself? And despite his record, I can say I'm proud to have him as the face of our basketball program. But I have to say I expected to hear more from him yesterday.

I just feel like some kind of shakeup is necessary. We already got a shake up with the departures of Babb, Ott, and Edwards, but I want to hear something...ANYTHING out of Ed. Tell me you are going to step up the strength and conditioning program so Andrew Jones doesn't get outmuscled for so many rebounds. Tell me you are going to send yourself and your coaches out to NBA basketball clinics to improve your knowledge of the latest coaching techniques. Tell me you are going to tie Tim Frazier in a chair and make him watch a highlight tape of every single turnover he committed this season until he breaks down into tears. Just promise me you are going to do SOMETHING different than you did last offseason.

I also cringe every time I read stuff like this...

We're going to the tournament next year. Just watch. I am personally going to hound these players every minute of every day to make them be the best they can be. If I see them commit a mistake, we are going to stop what we're doing, we're going to go back, and we're going to do it again the right way. We will go to the NCAA tournament, and if we don't I will step aside and let someone more capable lead this great program.

Don't tell me you will try to go the NCAA tournament every year. 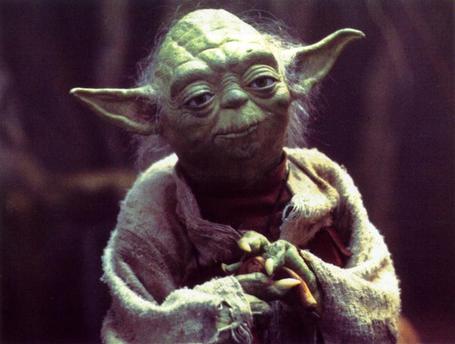 I'm on the fence with Ed right now. If they fired him I would be ok with it. But Curley has chosen to stay the course and let things play out, and I'm ok with that too. Like I said, Ed may not win a lot of games, but at least he represents my Alma Mater with honor and runs a clean program. Sometimes I wonder if it's possible to run a clean basketball program and be successful. Especially when I read things like this.

LSUhas acknowledged NCAA violations in a report outlining the university's internal investigation into the recruiting of wide receiver Akeim Hicks.

In the 53-page report, LSU said it found violations committed by former Tigers receivers coach D.J. McCarthy, including improper phone calls, transportation and summer housing for Hicks, a junior college transfer. Hicks did not play in 2009, his only season with the team, and his scholarship was not renewed. He has since left the university.

How convenient that LSU just got around to reporting these violations AFTER the offending coach and player have left the program. Must be nice to have fall guy. But that's beside the point.

I don't know how you compete for the hearts and minds of 18-year olds when you are going up against other programs handing out free housing, cars, and cold hard cash. But these are the forces we fight against, and this is the hand we are dealt.

Success with honor is always the preferable course, but sometimes I wonder to what degree we can have both.