Penn State Recruiting Roundup: Koyack Drops Us Like Its Hot

Koyack Drops The Lions. Five star TE Ben Koyack from Oil City, PA has dropped the Lions from his final three, narrowing his list down to OSU and ND, according to Bob Lichtenfels at Scout ($$). The Lions were thought to be neck and neck with the others, possibly even ahead given their use of the TE (at least in comparison to the other contenders). If Koyack does commit to one of the others, and especially if it is the Buckeyes, we'll have to extend the same courtesy to him as we did that other five star recruit that left western PA for the Buckeyes a couple of years ago.

Blue/White Recruiting Update. Nittany Network released the most up-to-date list ($$ - reprinted with permission) of attendees to the Blue/White game, along with a blurb about each guy to whet your recruiting appetite. If you're going to the game, don't be ashamed to do a Google Image Search so you know who to talk to once inside the stadium.

Two Long Reaches Become Medium Reaches. Even though we thought we'd never see these names again in the Recruiting Roundup, Cyrus Kouandjio and Doran Grant both made recruiting news recently, at least in Penn State circles, by acknowledging that Penn State has a more-than-zero chance to land them. CK (because typing that name is a chore) recently visited Penn State, and Josh Moyer reports ($$ - reprinted with permission) that the trip impressed the Maryland OL:

"The visit was a good experience overall," Kouandjio said. "They have a lot of good D-linemen, and that'll push me and force me to get even better when I go head-to-head."

As for Grant, at the end of March he conveniently forgot to name PSU in his top 8...

"These are not in order, but Michigan State, Ohio State, Georgia Tech, Michigan, West Virginia, North Carolina, Georgia and USC," he said.

Good Luck Odrick. While this is not recruiting news, BSD would like to take the chance to wish Jared Odrick nothing but the best in Miami after being the 28th pick in last night's first round of the NFL draft. We would have like to see him go higher (maybe at 18?), but at least JO gets to bull rush Chad Henne in practice, so all is not lost. Stay tuned tonight and tomorrow for draft coverage of the remaining Penn State draft prospects.

Unrelated Yet Extremely Urgent News. In probably the easiest decision ever made, Esquire readers named BSD-fave Christina Hendricks America's Best Looking Woman. Even though they put her on the cover, Esquire dropped the ball by not giving her a bigger spread within the mag. Ah, Joan Holloway... 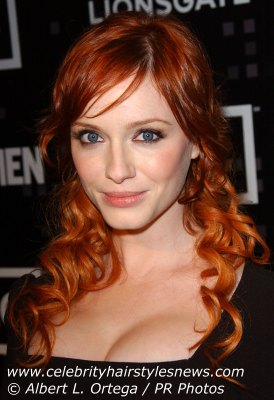 via www.celebrityhairstylesnews.com
(I promise I didn't actually go to this website, it was a Google Image Search.)