COME TO PENN STATE, EH? No, Not You. You Have To Leave Right Now.

Share All sharing options for: COME TO PENN STATE, EH? No, Not You. You Have To Leave Right Now.

[Update: One of Alex's coaches provides some actual insight in the comments.] 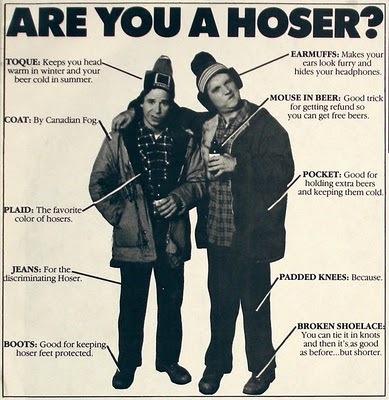 Double barrel news this morning:  First, wide receiver A.J. Price is leaving Penn State ($).  The eternally skinny Price has languished at the bottom of the depth chart since his arrival in Happy Valley, and never seemed able to put on the necessary weight to become a Big Ten receiver.  With many true freshmen making an impact for PSU at that position last year, Price appeared destined for a career as a benchwarmer.

The other news is that Penn State has apparently landed its very last recruit of the 2010 class (you thought the obscure Brad Bars was it?  Oh, no.).  No, you've never heard of him.  And yes, he's from Canada.  FOS' Matt Alkire scoops it:

Offensive tackle from Ottawa commits to Penn State and will be on campus this fall. He played club football in Canada.

Alex Mateas, an offensive lineman from Ottawa, recently committed to the Penn State football team, according to Scout.com's Matt Alkire. Mateas will be on the PSU campus this fall and will be on scholarship.

Mateas told Alkire he is 6-foot-4, 310 pounds and played club football in Ottawa last season. He was on a team called the Ottawa Sooners.

Yes, the Ottawa Sooners.  As a matter of personal policy, I don't like to be upset or dismissive when it comes to new kids joining the program, but...this and the Brad Bars scholarships are headscratchers, right?  Here's what All Canada Gridiron had to say:

One of the premier OT in Canada for the class of 2010 Ottawa Sooner Alex Mateas has made his university choice. Alex has committed to Penn St.  Alex who is quick, agile, very strong and plays with an edge  decided on PSU after strongly considering an offer from Connecticut.

And, highlights of Canadian club football: