COME TO PENN STAAAAATE: Kyle Carter as First Commit of 2011

Share All sharing options for: COME TO PENN STAAAAATE: Kyle Carter as First Commit of 2011

Who had Kyle Carter in their office pool? Anyone? Bueller? 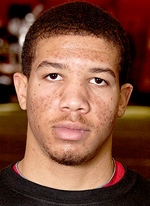 Tight end Kyle Carter from William Penn HS from the fertile recruiting grounds of New Castle, DE has given a verbal commitment to play for Joe and the boys, becoming the first to do so for the 2011 recruiting season.

"It's always been my top school," Carter said. "I know it has a great tradition, for JoePa and the no-name jerseys, everything. Nothing better than Penn State and I would love for the chance to play there."

There really isn't that much to say about Carter as of yet. His recruitment was relatively low key, although given his position, no one really heard anything about anyone else except Ben Koyack until he was taken off the board by the Irish. His mother is a Lion alumnus, and Carter has spent time at both wide receiver and defensive end. Where he'll end up is anyone's guess at this point, so don't be surprised if another kid labeled tight end by the services signs with PSU before this thing is over.

Penn State extended an offer to OH TE Nick Vannett, but he's thought to be an OSU lean, so Kyle Carter COME ON DOWN! There also is not much on the way of film out there yet, so here is the only other video available (for now at least). As we learn more of Mr. Carter we'll update the story. Until then, welcome to the fold, good sir.