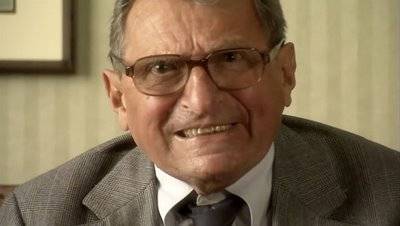 Gimme an Oakman like an oak tree and a wooooooooo.

Well, Penn State needed this badly.  Shawn Oakman, all 6'9"ish and 250 pounds of him, has committed to Penn State football recruiting class.  (And hey, he's been offered a few Division One basketball scholarships too, so...beg for permission to call him, Ed DeChellis.)

"I couldn't be happier," said Oakman, who plans on wearing No. 91 at State College. "It came down to what I thought what college should be and also what college coach was going to push from being good to being great. I think Coach Johnson and Coach Vanderlinden can do that. That's why I choose Penn State."

Oakman is a four-star prospect on Rivals, and a three-star prospect as rated by Scout and ESPN.  He's a defensive end prospect, although with that size and wingspan, wouldn't he make a tremendous offensive tackle someday? The people around him think that Oakman has all the potential in the world:

"He'll probably put on 20 pounds his offseason, and he'll be more comfortable with his body," said Sam Mormando, his football coach. Last year, "He was just a big kid, but now he's a big kid who knows how to play football. "He doesn't look like your traditional 6-9 basketball player who's real thin," Mormando said. "He's got muscle tone and looks like a bodybuilder. He's 250 pounds and plays tough. He's not a finesse player. He doesn't go around blocks, he goes through blocks.

Yes, this helps Penn State's recruiting situation quite a bit, but there's still a long way to go before Signing Day. Here's hoping the Nittany Lion coaching staff can build a little momentum and finally kickstart this recruiting class.