Share All sharing options for: Icers Recap: Under Pressure

For the Penn State Icers, 2011 is filled with difficult tasks, each weekend filled with pressure. After opening with a set of games at rival Ohio, the Icers deal with nothing but league opponents until the set of games against Rutgers at the end of February. With the Icers currently tied for 10th in the ACHA rankings, there is little room for error against a lot of quality opponents. January sees 7 of 8 games on the road, while February has two home weekends leading up to the ESCHL playoffs. If the difficult schedule isn't enough, the World University Games are starting at the end of January, meaning the Icers will lose at least top scorers Tim O'Brien and Eric Steinour for 3 weekend sets from January 21st and February 6th. (Defensemen Kevin Miller and Dan Petrick, and goalie Teddy Hume are all alternates.) With a busy schedule ahead, time to get the Spring semester underway.

As the calendar turned to 2011, the Icers were hoping to leave some of their lackluster play in the past. Senior goaltender Teddy Hume probably topped the list of Icers hoping for a new start in the new year, after struggling heavily in the first half of the season. The test against rival Ohio would only bring back bad memories however, as the Bobcats would run Hume from the net halfway through the 2nd period after allowing Ohio to jump out to a 4-0 lead. Freshman Matt Madrazo would stop all 19 shots that he would see to finish the game, but the Icers offense would struggle to score throughout the entire game. Chris Cerutti would get a power-play goal in the 3rd period, but it was much too little too late, as the Bobcats would take the first game of the weekend.

With Hume still struggling, Madrazo would get the start for the Saturday game. A quiet first period rolled into the second period, as Ohio would get some pressure, but no goals. Early in the second, the Bobcats would finally solve Madrazo, getting the first goal of the game. A couple minutes later, the Icers would respond, as Tim O'Brien would tie the game on a great pass from Chris Cerutti. Ohio would retake the lead thanks to an Icers penalty, taking the 2-1 lead into the third period. An early powerplay goal for the Bobcats would extend the lead to 3-1. O'Brien would cut the Icers' deficit to one with about nine minutes left to play. But just over a minute later, Ohio Bobcat Michael Schultz would get his hat trick goal and put the Bobcats up 4-2. A late empty net goal would only supplant the Bobcats' offensive dominance over the Icers this weekend, giving Ohio the 5-2 win and the weekend sweep. 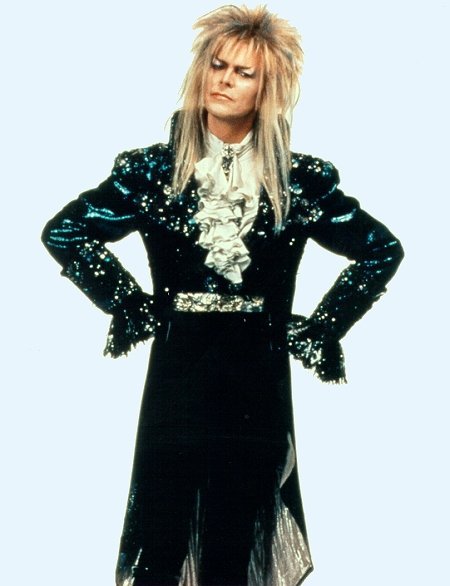 Jareth is not pleased with the losses

After months of me blogging about it regularly, the Icers' coaches finally broke down and started Dan Ivanir in between the pipes for the first game against ESCHL opponent Robert Morris. But Ivanir couldn't do it alone - the lackluster offense needed to pick up their production. Hot-shooter Tim O'Brien would do it again, putting home his 20th goal of the season and 100th career goal, giving the Icers the 1-0 lead halfway through the first period. The two teams had a couple of scoring chances in the period, but much of the period was plagued with sloppy play from both sides. The Icers would give Ivanir more support early in the 2nd, with Eric Steinour scoring a short-handed goal. The two teams would then go back and forth with scoring goals, as each Colonials goal was countered with an Icers goal (Morrone, Saad, T. O'Brien) to keep it a two-goal lead for the Icers. Saad would pick up his second goal of the night early in the 3rd period to give the Icers the 6-3 lead. The rest of the period was really strange. Marek Polidor would get a 5-minute major plus a game misconduct, giving the Colonials a chance to cut into the lead. RMU would only get one goal, making it a 6-4 game. During that penalty kill, Dan Ivanir would finally be unable to continue to play due to an injury, giving way to Madrazo to finish the game. The Icers would add 3 late goals (Morrone, Cerutti, Daley), capping the Icers' 9-4 win. It may not have been pretty, but the Icers will take a win in whatever way they can get them right now. 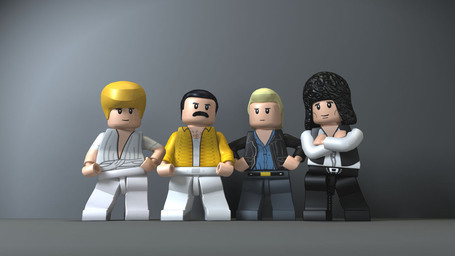 With Ivanir still on the mend, Madrazo picked up the start in net, hoping to get the weekend sweep over the Colonials. Five minutes into the period, Marek Polidor gets his second 5-minute major plus game misconduct in as many games. A penalty to the Colonials gave the Icers the chance to generate some offense during Polidor's major, and Tim O'Brien would score yet again, giving the Icers the 1-0 lead. But the RMU penalty ended, the Icers were back on the penalty kill, and before the end of the major penalty, the Colonials would tie it up at 1-1. That would remain the score until early in the second period, when the two teams would swap goals within a minute of each other (Morrone for the Icers), and then 90 seconds later, Steinour would give the Icers the 3-2 lead. A few penalties against the Icers slowed the offense, but the Colonials were unable to take advantage. It would remain a one-goal lead until the third, when Paul Daley would score in the first minute of the period to extend the lead to 4-2. Halfway through the period, Joe Zitarelli would extend the lead, and a 5-minute major on the Colonials gave the Icers the opportunity to score two goals (Daley and Longo), sailing to a 7-2 win and a much-needed weekend sweep.

News and Notes: These two weekends were continuations of most of the storylines that sum up the Icers' season. The offense struggles against quality opponents, but puts up big numbers against lesser opponents; the defense struggles at times, allowing teams to either get ahead or keep games closer than they need to be; and the senior goaltender continues to struggle, while the freshman is beginning to separate himself from the pack. While I would hope the offense would begin to find some consistency, losing two of the top scorers (including the hottest player on the team right now) for 3 weeks is killer. With Taylor Cera likely out for 3 weeks due to a shoulder injury, the offense will be very thin for some key games.

Another issue that is rearing its head is the number of penalties the Icers are taking. The Icers gave up 28 power play opportunities in these 4 games (3, 8, 7, and 10 respectively). While the Icers were able to take advantage a couple times and score shorthanded against the Colonials, these penalties still kill any flow and momentum the Icers may have. And with some very talented teams coming up, the Icers will not be able to afford to give their opponents any extra advantages.

Looking ahead, the Icers face each of the ESCHL teams once more before heading into the ESCHL playoffs. Next on the schedule is a home-and-home with West Chester (who always plays tough, especially at WCU), followed by the road trip to Delaware. February then sees home weekends against Rhode Island and Robert Morris. It should be noted that #7 Rhode Island swept #3 Delaware this past weekend, which means both of those games will be very tough battles. Following the ESCHL playoffs, the Icers have what amounts to an exhibition weekend against Rutgers, and then the ACHA National Tournament in March.

As for the rankings, the Icers will likely stay around the #10 position. #10 Oakland lost to an ACHA D2 team, which can never look good; #12 Robert Morris (IL) has yet to win in the new year; #13 Illinois' split with #1 Lindenwood will be lessened by the fact they were shutout in two games against #14 Iowa State. Iowa State might be the only team to jump Penn State at this point, but they're the only team at this point.

Some Love for the Ladies: Long breaks are never good things. For the Lady Icers, it was nearly two months between ACHA opponents when a tough Rhode Island team came to visit. While the Lady Icers played very hard, it just wasn't enough to defeat the Rams, as URI would take both games, 4-2 and 4-1. Hoping to rebound, the Lady Icers welcomed Northeastern to Happy Valley. Friday night's result continued the trend, as Northeastern took the first game 4-0. Not giving up, the Lady Icers battled hard on Saturday, only to come away with a 0-0 tie. The Lady Icers will look to start putting numbers in the win column with a Friday game against Cal of PA, followed by a home weekend against Robert Morris.