Penn State 34, Northwestern 24: It Started In Scranton, It's Now Number One

Share All sharing options for: Penn State 34, Northwestern 24: It Started In Scranton, It's Now Number One

So, This Is Settled, Then?  Matt McGloin started and produced six straight scoring drives (four touchdowns, two interceptions field goals) before the offense bogged down in the third quarter.  Rob Bolden never saw the field.  Speaks for itself, really.

Except That It Doesn't.  After the game, Jay Paterno insisted that the competition starts from square one today, and the coaches "wanted to give Matt a shot to [start], nothing beyond that."  Which, OH WHAT THE HELL?  Joe Paterno added to the post-game confusion:

So we're clearly not past the point of managing egos through the media, but unless Bolden starts and gets extensive playing time against Illinois, the Paternos are trolling the hell out of us.  Of great hilarity, however, is Bob Flounders' face when told of Jay Paterno's above quote: 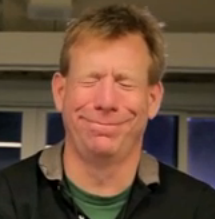 They see me LOLin'.

STOP SENDING DEVON SMITH ON DOWNFIE-- Oh.  Let's face it, if there is a Big Ten secondary against which Devon Smith should be sent on post patterns, it's Northwestern's sad sack bunch.  Smith made a token simple head-and-shoulder fake to the outside against Northwestern's corner -- in reality, he just ran by the poor guy and caught a perfect bomb from McGloin.  Also, tough little bugger.  His near-goal line catch before half could've easily been an interception if he didn't hold on for dear life along with the Northwestern defender.  Two plays later, Stephfon Green powered into the end zone and Penn State would never relinquish the lead.

Much more below the jump.

We're Cool, Then?  Hey, Stephfon Green back and getting meaningful carries!  Nine of them, for 33 yards (in addition to a pair of catches for 10 yards).  Curtis Dukes only got two carries.  Mike Zordich had the token late-game fullback dive.  And that was it.  Surprisingly, Green got the bulk of his work on a late-game drive as Penn State was playing keep-away with a 10 point lead.  Nice to see him back in the coaching staff's good graces, and it's easy to see that the team enjoys having him back in a meaningful role.  Let's see how much action he gets in upcoming games before lamenting the loss of work for guys like Dukes and Brandon Beachum.

Persa Doing Persa Things.  He was effectively annoying for two quarters, before the track meet turned into a punt-a-thon.  It's not hard to see how Penn State, usually playing a bit of a passive defense, gives up early scores to Northwestern on a regular basis.  And as always against Northwestern, Tom Bradley makes the necessary adjustments and the running lanes / passing windows shrink until there's nothing left but Jordan Hill eating your lunch in the backfield.

Repeated Moments Of Silas.  We've been begging the coaching staff to run Redd to the outside, and they did so constantly against Northwestern, who was totally unable to stop it.  Redd ended up with 164 yards on only 18 carries (9.1 avg.).  His 42-yard run prior to halftime was on 3rd and 1 against a six-man front for Northwestern (derp.) and was a combination of near-perfect blocking by Penn State and Northwestern's linebackers and safeties running themselves out of the play.  There was quite a bit of that by the Wildcats -- not a surprise, as we covered their putrid defensive stats thoroughly in Friday's preview.  They did not disappoint.

In Praise Of.  Jordan Hill and Gerald Hodges combined to make the play of the game, as Hill tipped a Persa pass which was intercepted and returned by Hodges and returned to the Northwestern 19.  One play later, Silas Redd was (again) around the edge and into the end zone.  Redd was great, naturally.  No turnovers for the last 59:55 of the game.  And perhaps it was just me watching the game on a tiny television in standard definition, but I don't recall many dangerous Moxie Moments from McGloin.

Nexting.  IlLOLnois, 21-14 losers to Purdue at Ross-Ade on Saturday (and taking it well!).  Purdue totally dominated the game -- it was 21-0 for about 30 minutes of game time. The game will air on ABC (ESPN2 in outer markets), the Penn State Sports Network and www.GoPSUsports.com