Support RAINN and the #ProudPSUforRAINN Campaign

Share All sharing options for: Support RAINN and the #ProudPSUforRAINN Campaign 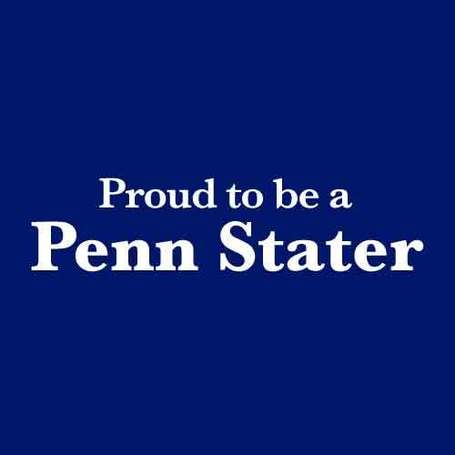 The allegations against Jerry Sandusky are unconscionable.  The official response from the Board of Trustees and members of the administration has been, at best, entirely inadequate and at worst, disgraceful to everyone associated with the university's now tarnished name.

And yet, We (still) Are Penn State - the thousands of students, alumni, and faculty that are left to pick up the pieces of a broken legacy and a tattered reputation by upholding the values that we have proudly lived by for decades.

It starts here.  It starts today.

The entire staff of Black Shoe Diaries is blessed to be able to communicate with a broad swath of the Penn State family.  Last night, a member of that family, Jerry Needel (Class of 1998) contacted several of us with the urge to channel this mess into something positive.  As a result, Jerry and his wife, Jaime, turned to the Rape, Abuse & Incest National Network (RAINN) to begin to mobilize the Penn State family in order to be sure that the kind of incident that happened here never happens again.

Proud to be a Penn Stater (#ProudPSUforRAINN) is the result.

The #ProudPSUforRAINN campaign has a stated goal of raising over $500,000, one dollar for each of the 557,000 Penn State alumni.  Don't take my word for it.  Hear from Jerry Needel himself:

"After having so closely identified with all things Penn State over the past 15 years, the recent events have shaken my beliefs - and those of other alumni - to the core. Simply put, Penn State is way bigger than the alleged actions of a few people. Will you join me in showing the world what being a proud supporter of Penn State really means by making a donation to RAINN and by adding your name to mine below?"

We are Penn State.  Not the Board of Trustees, not the administration, not Jerry Sandusky, Tim Curley, Gary Schultz, or Graham Spanier.  Black Shoe Diaries is proud to partner with and support this initiative.  If you can, please join us by donating here and helping get the word out on Twitter, Facebook, and any other social networking site you can think of.

*Please note that #ProudPSUforRAINN is not currently affiliated with the Pennsylvania State University or any official alumni organization.